So you got yourself a VR headset and have decided this medium is for you. Now you want to make your own 360-degree virtual reality video content. It’s not a cheap proposition to get into making your own VR content because you need some very specialized hardware and software to do it properly. Sure, there are cheap 360º cameras that use a single image sensor and a special lense, but their image quality sucks. This is where the VUZE Camera that was unveiled at CES 2016 this week comes in. 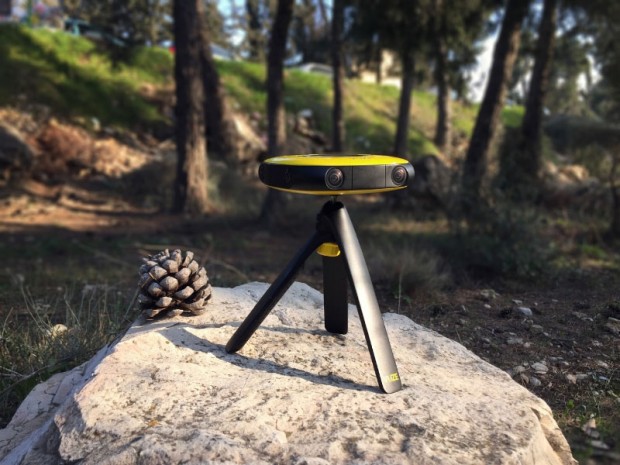 The camera is priced at an “affordable” under $1000 point. I say “affordable” because a grand isn’t that cheap for most of us. What you get for your loot is a puck-like round camera that actually has eight full HD cameras inside. It can record 360º content in both 2D and 3D.

Your money will also get you a VR headset to watch your content on, a selfie stick, and a tripod. The maker says this is the cheapest complete 360º video solution out there. You even get software to stitch the output from the different cameras together into seamless video.

Check out a few sample videos below or in the VUZE online showroom.

The demo video quality isn’t spectacular, and the stitching is far from perfect – especially in motion – but hopefully they’ll work out those kinks before it’s released. The VUZE Camera will launch in August 2016.