Remember Rock ‘Em Sock ‘Em Robots? That was a fun fighting game. We played it, our parents played it in their day, and now the kids of today have a new version with Batman and Superman duking it out. The toy is based on their epic battle in the new movie, Batman v Superman: Dawn of Justice. 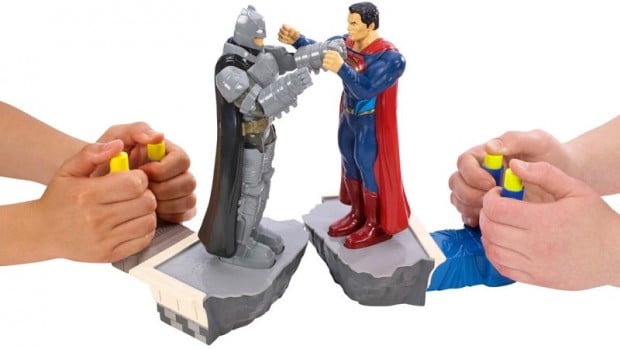 There will be some truly epic fights between the Dark Knight and the Man of Steel in the new movie and you will be able to recreate them with this brawling toy. This version is $30(USD) and has been upgraded with electronic sound effects, otherwise it is still the same as the original – with one stupid exception. Instead of their heads popping up (which was everyone’s favorite part of the game,) either character pops off their base when they have had enough of a beating. 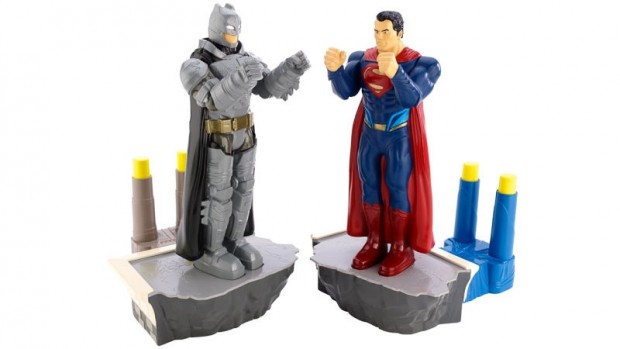 Still, kids are going to love this new version of the classic game.

[via Gizmodo via Geek Alerts]