This Mickey Mouse inspired musical sculpture is more than a bit creepy. It looks like someone cut the heads off of Deadmau5 and Daft Punk’s Thomas Bangalter and smashed them together. 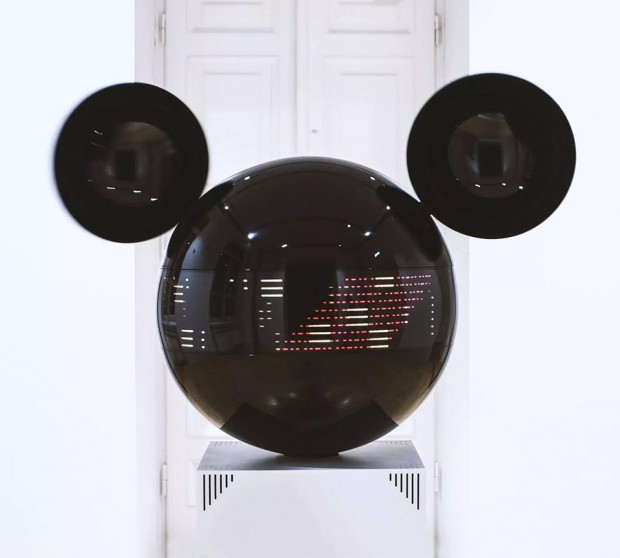 The thing is called the MikeyFon and was commissioned by Disney and built by a Polish firm called PanGenerator. 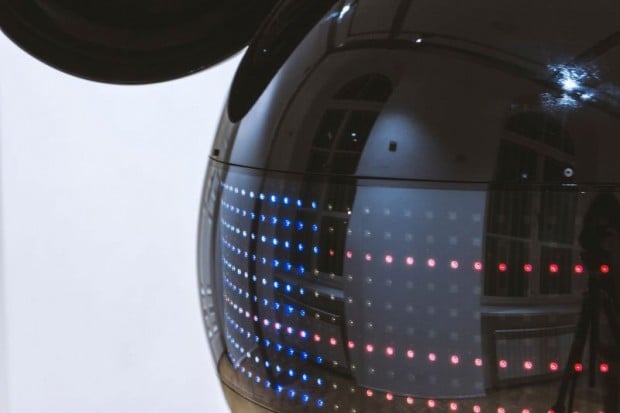 The giant Mickey head has a screen on the front where the eyes would be that shows a colorful visualization of sounds or music the giant ears hear. The head also turns to face the sound in the room. 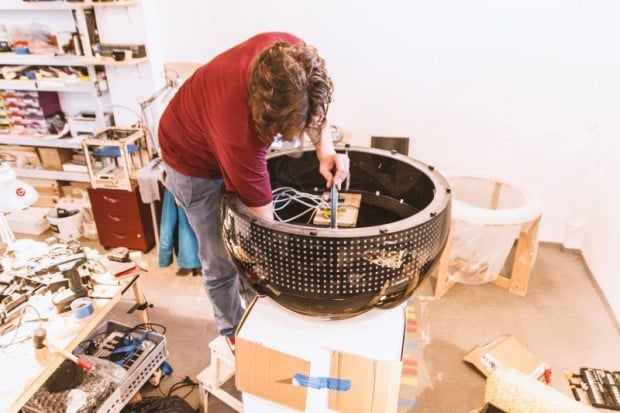 I expect a laser beam to shoot out of its eye plate any second, and attempt to take over the world. It’s unclear what Disney plans to do with the giant mouse head at this time, but I’m assuming it’ll be part of an art exhibit.