As far as I’m concerned, this side of a few breakfast items, the only thing at McDonald’s that isn’t gross and crappy tasting are the fries. I’d go so far as to say that McDonald’s has the best fries anywhere. In Japan, they have done something that sounds gross, but those who have tried them say taste good. 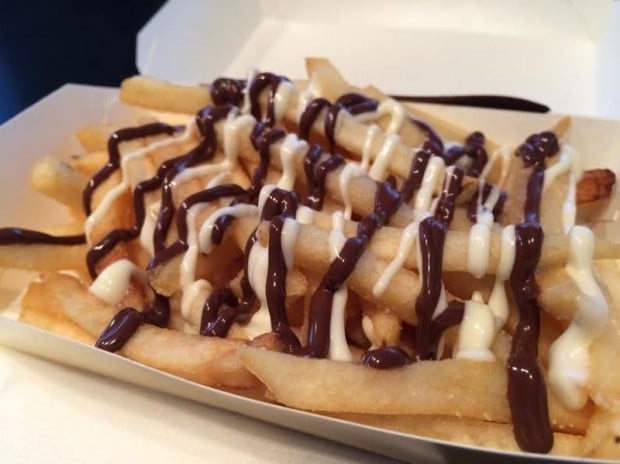 They have drizzled their famous fries with chocolate sauce of the white and milk varieties. The snack is called McFry Potato Chocolate Sauce.

They will set you back 330 yen or about $2.79(USD) – only a bit more than normal medium fries. If you like mixing salty and sweet in one, this might be just the ticket for you. I’m a food segregationist, so I’ll pass.