Goodsmile continues its run of unorthodox Figma action figures with its latest releases. They’re figures of Akira Yuki and Sarah Bryant in their hilariously awful polygonal bodies from the original Virtua Fighter. 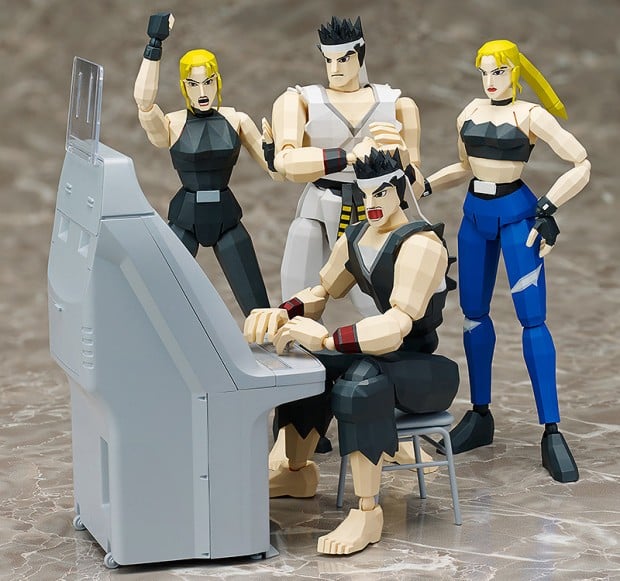 They look ugly now, but – eh, let’s face it. Virtua Fighter was ugly even when it first came out. Fortunately, the arcade hit’s third dimension was more than just for show. It brought along new camera angles and axes and a smooth and fast pace to its genre. So it’s only right that they get homages like this. Both figures come with a standard and a shouting expression, interchangeable hands and an articulated stand. 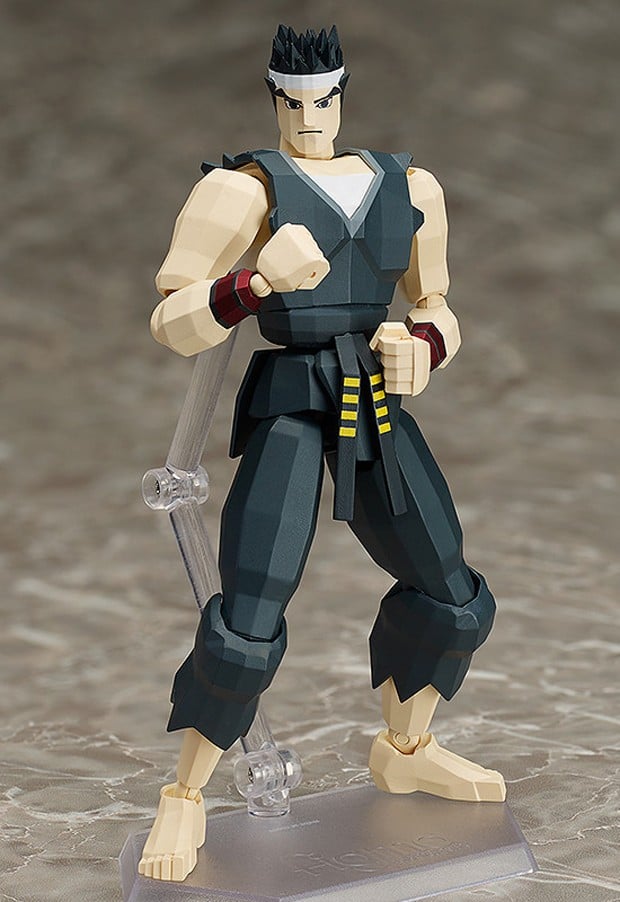 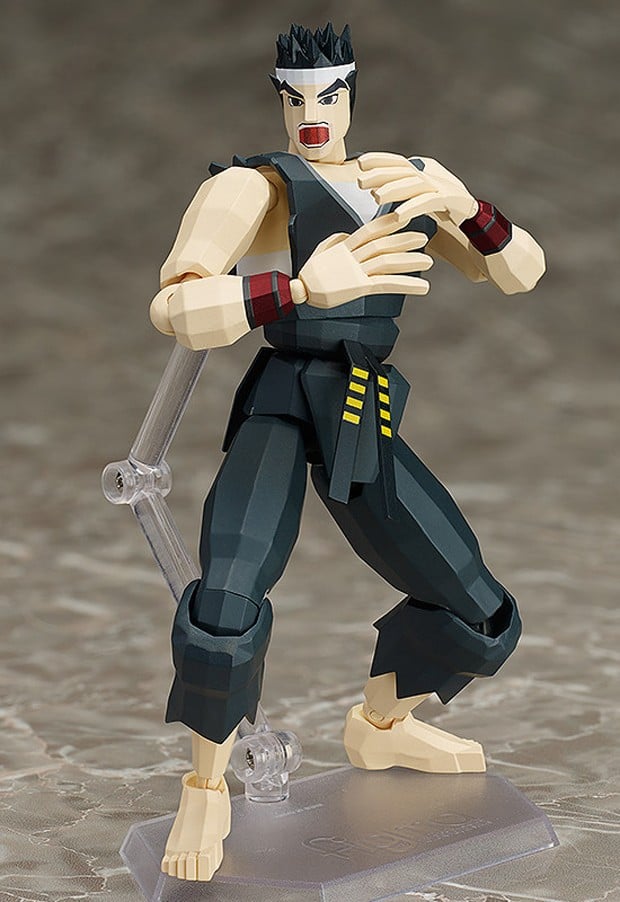 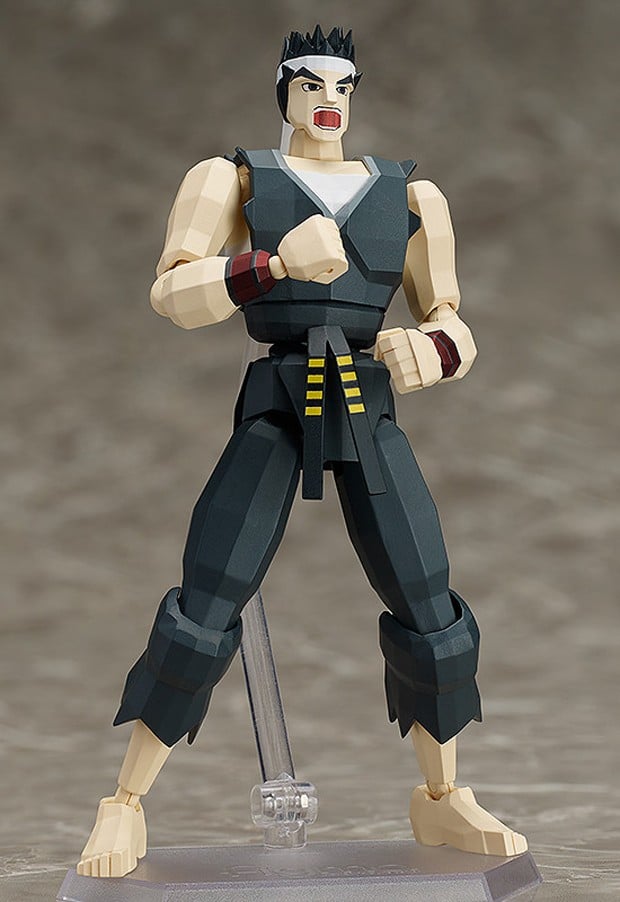 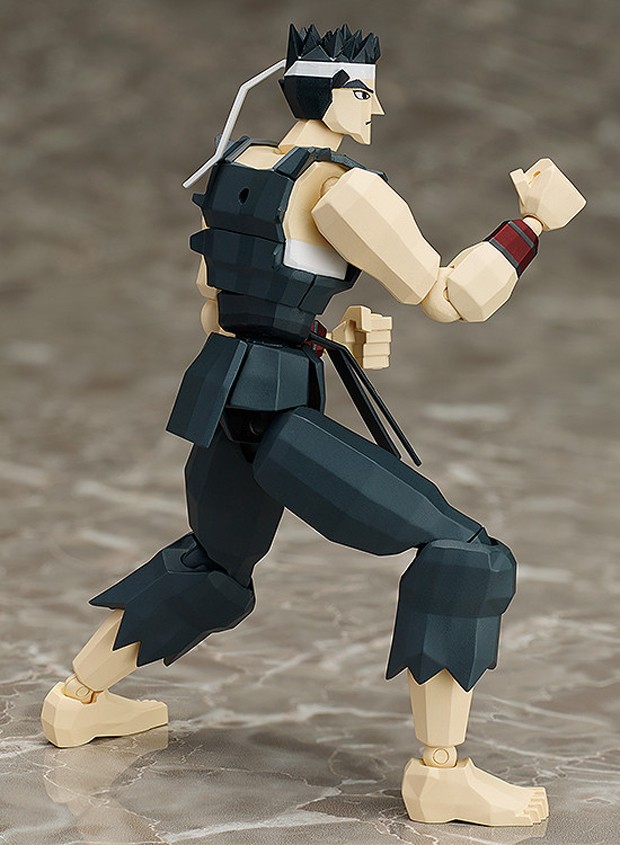 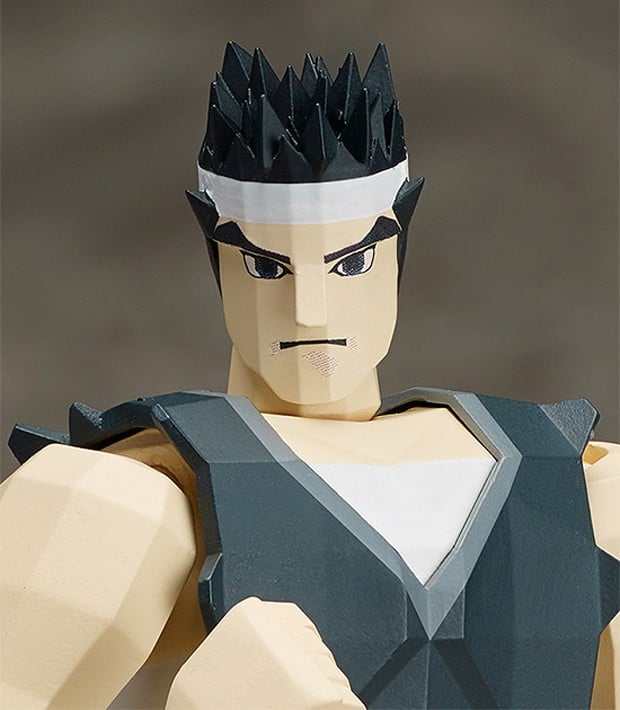 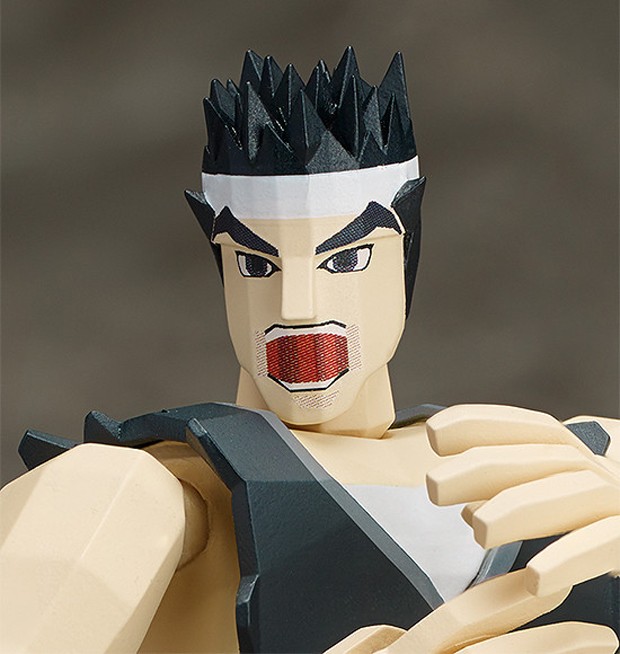 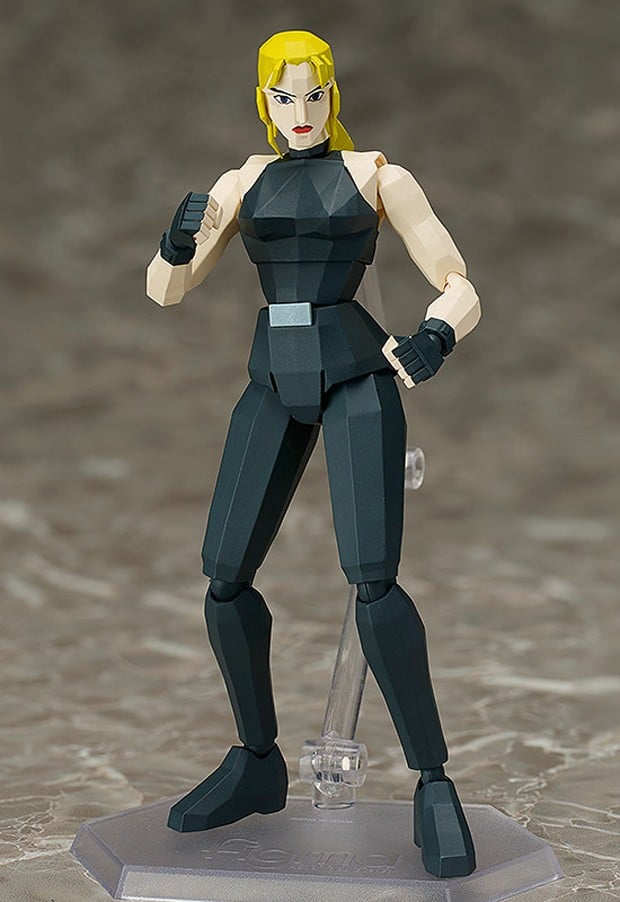 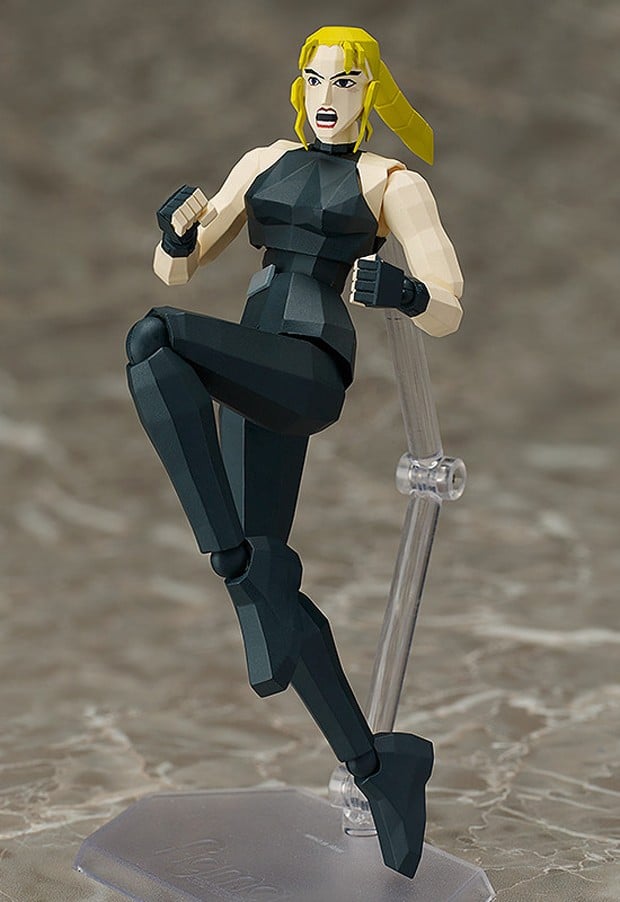 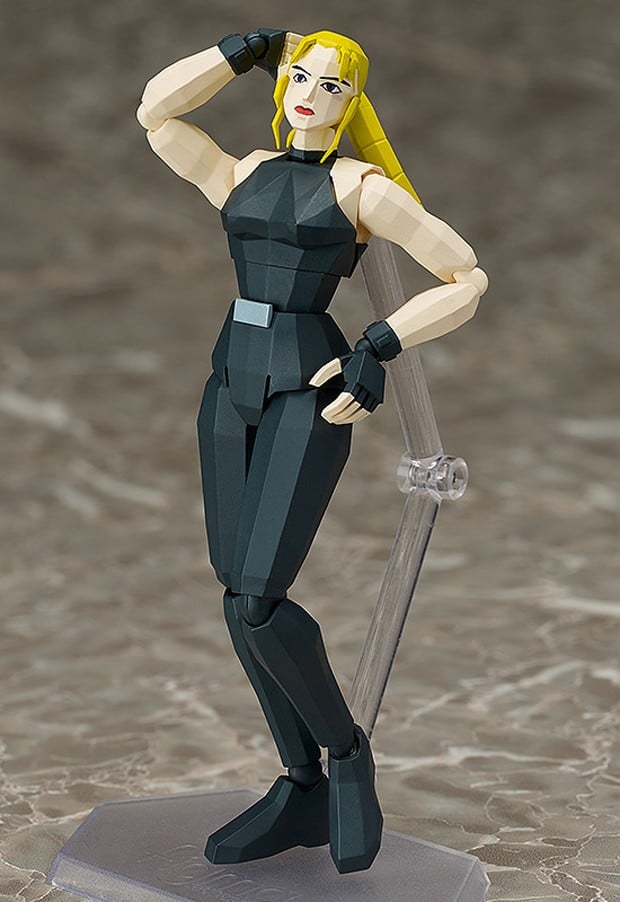 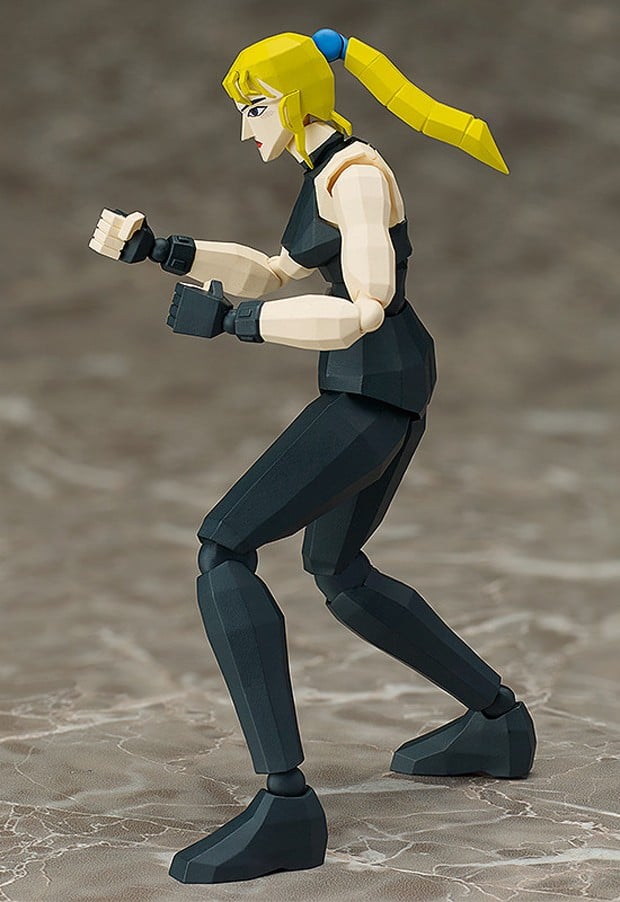 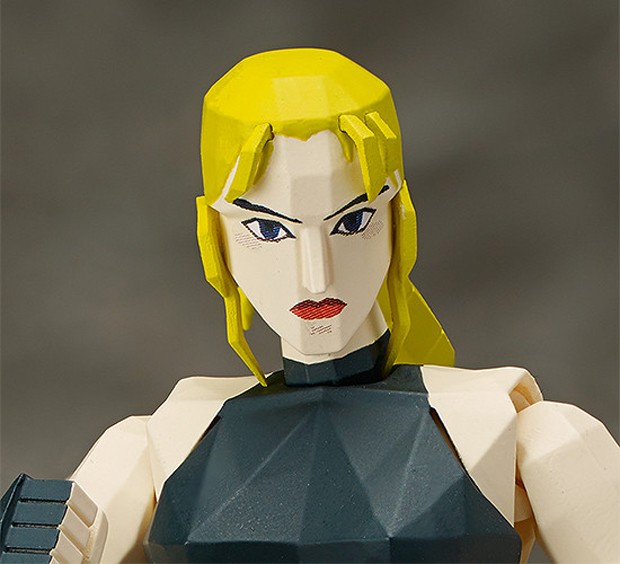 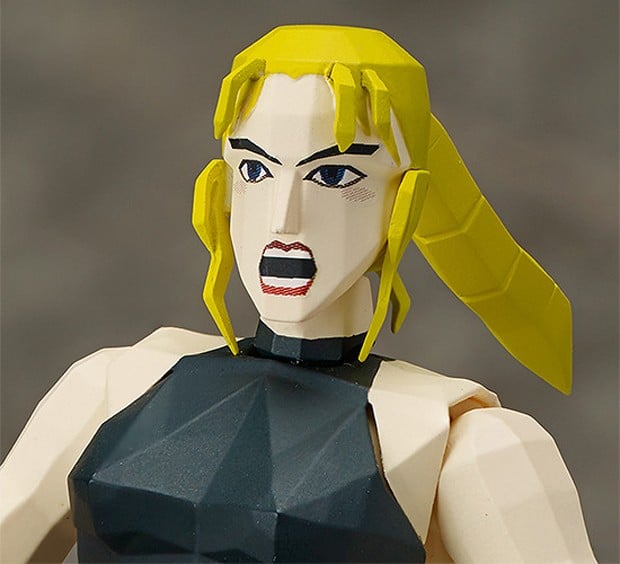 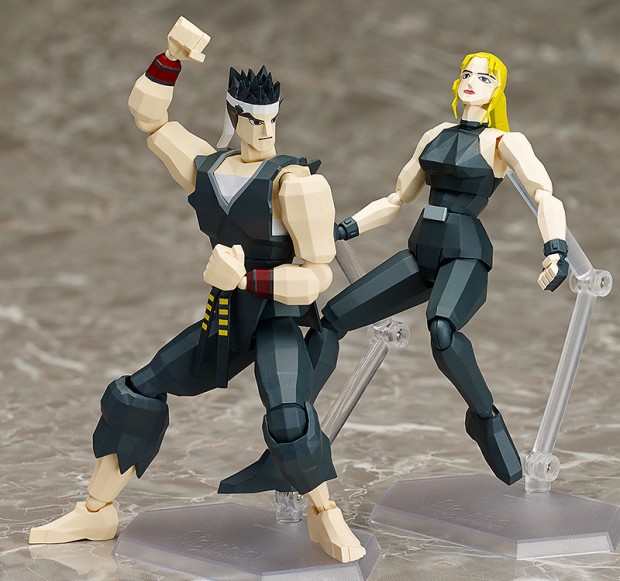 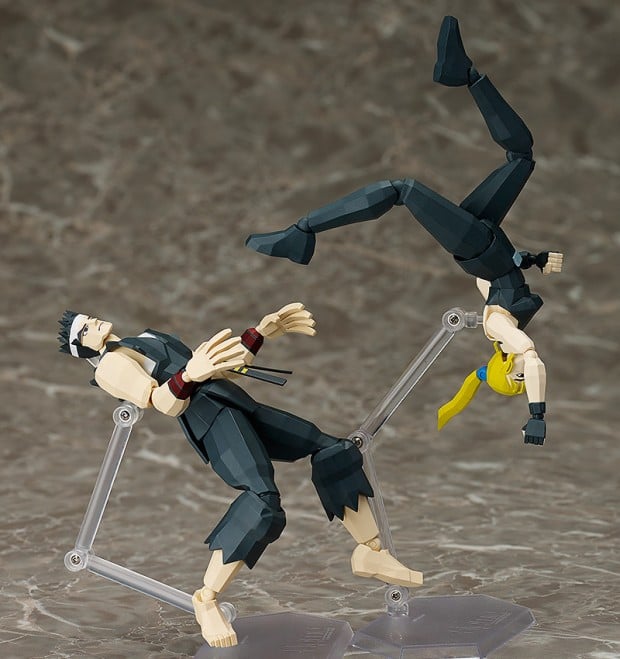 You can order the action figures from Goodsmile for about $38 (USD) each. Sadly, the arcade machine in the top picture is not included with either figure. Akira and Sarah’s Player 2 costume variants will be available later this year. If Figmas of the FF 7 chibi avatars come out I’m going to become a homeless guy with a really cool toy collection. 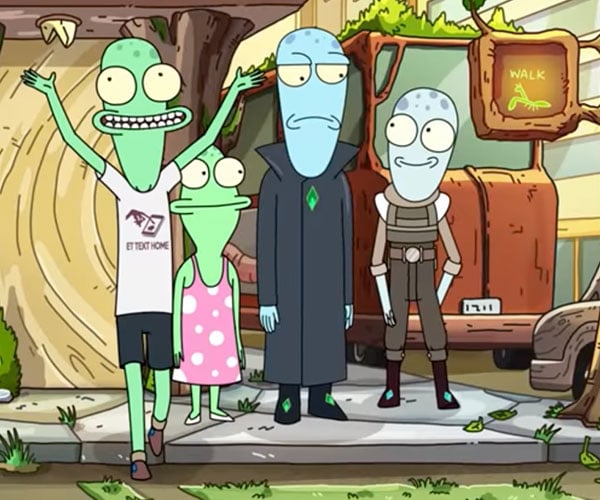