If there was ever a better name for a 3D printer than “3D printer”, it would probably be ThingMaker. So it’s no surprise that the accidentally prescient toymaker Mattel is relaunching its brand as exactly that. Where before you molded and baked Plastigoop to create Creepy Crawlers, now you just have to tap on an app and the ThingMaker will do the rest. 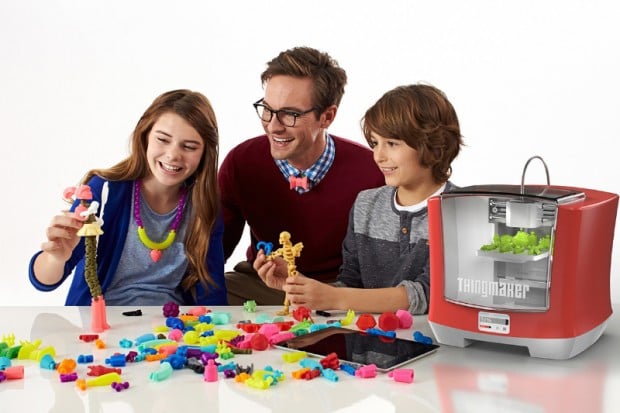 The ThingMaker is definitely meant for beginners and people who don’t want to deal with the technical side of 3D printing. Its biggest constraint is that it can’t print just any 3D model. Instead, its mobile app – which is a carbon copy of Autodesk’s Tinkerplay – has a pool of components that you can mix and match. You can also simply pick from the pre-made combinations if you’re not feeling creative. You can alter a few of the components’ features, such as color and texture, to further customize your printed toy.

Mattel will update the app with templates and parts based on popular characters, so you may be able to print an Iron Man-themed Barbie in the future. 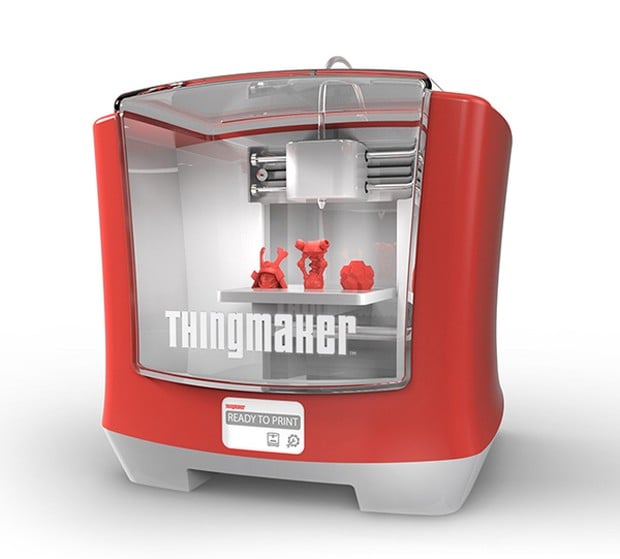 In return for its walled garden, the ThingMaker offers a no-brainer drag-and-drop interface. You also won’t have to worry whether the components are properly scaled or if they’ll fit with each other. The printer itself is also said to be newbie-friendly. Its large transparent cover won’t open until the print is finished, and it supposedly has a simple filament loading system. Speaking of filaments, Mattel says it will launch a variety of those. Some will let you create soft objects, while some change color when exposed to UV light.

The new ThingMaker will be available on Amazon starting 2/15/16 for $300 (USD). That’s not bad, but if you ask me the branded DLC is where Mattel is really going to make money. As far as I can see the ThingMaker’s biggest selling point is the user-friendly mobile app, but again that’s already available on its own and for free. So why would you bother buying the printer itself if you could let your kids use practically the same app with dozens of other printers? The answer of course is Iron Barbie.