We’ve seen a couple of huge Game Boy replicas, but they were actually running off of a Raspberry Pi. With the help of Parker Dillman aka The Longhorn Engineer, The Ben Heck Show was able to connect a Game Boy to a VGA monitor to create a nearly 7:1 scale replica. 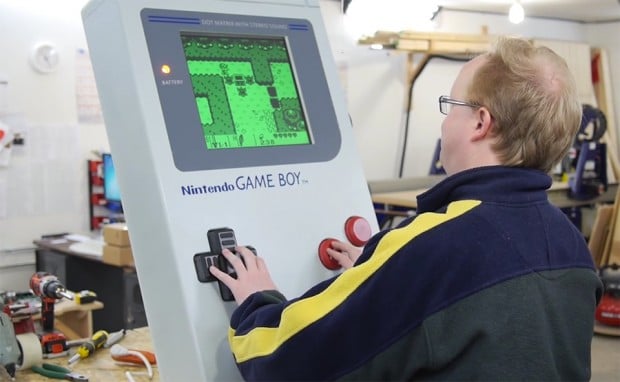 The project is based on the (arduous) process and the software that Parker developed, which involves using an FPGA and a level shifter to take signals from the Game Boy’s LCD screen and send it to a VGA monitor. But in my opinion the show’s meticulous work on the giant Game Boy case is equally notable. They made the case and the buttons out of Sintra board and insulating foam to keep it as light as possible, and made appropriately scaled decals to complete the look. You can skip to 14:04 in the video below to see the finished product.

Check out the show’s previous episode if you want to learn more about FPGAs.