Citizens of Oooternia, Prince Finn is here to protect you from the Icer King, Marcel-Lyn and Skelemongrab, thanks to toy modder James Freckingham aka Robotic Industries. 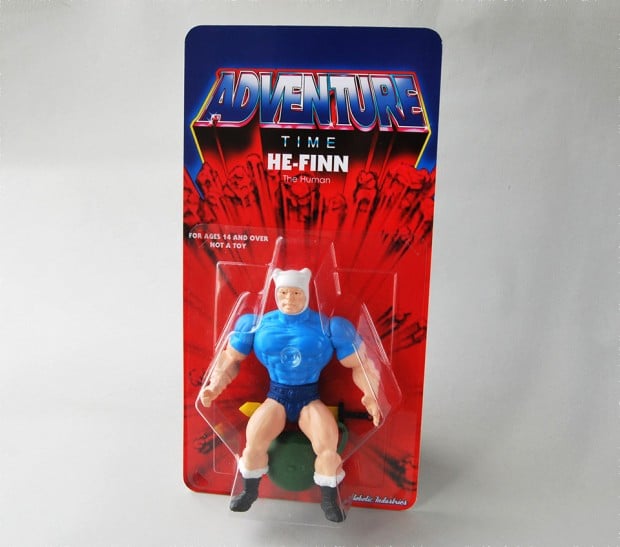 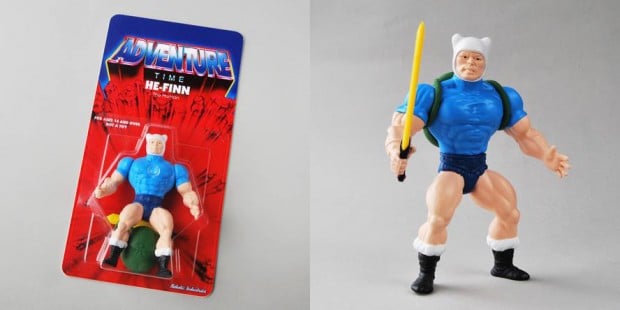 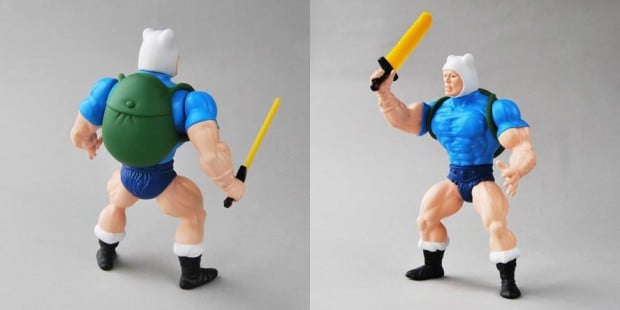 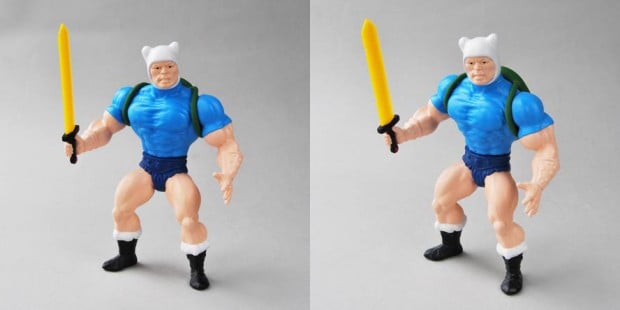 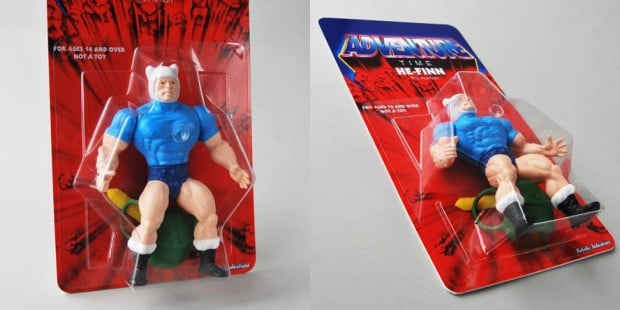 The bootleg action figure is based on a one-off toy that James made last year using parts from vintage figures (note the bracers and loincloth). That custom figure is shown in the images below, alongside Jake the Battle Dog. James and art store Fugi have since teamed up to release a very limited run of He-Finns. Sadly, Finn’s best bud isn’t with him, but he does have his golden sword of battle and his backpack. 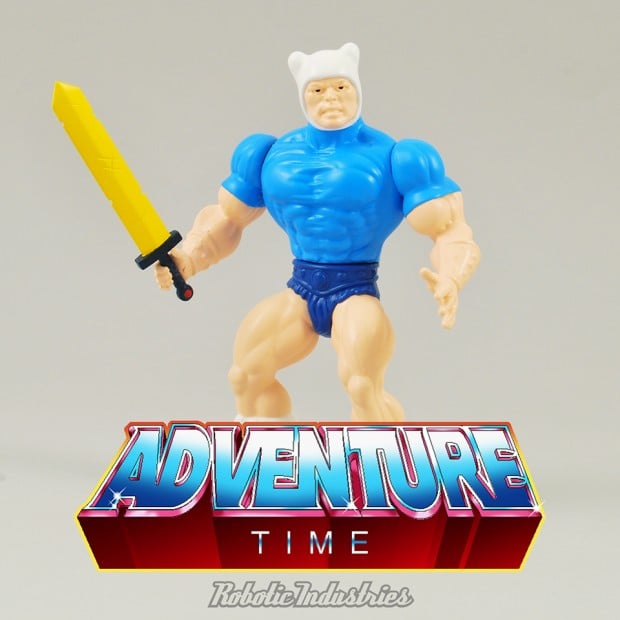 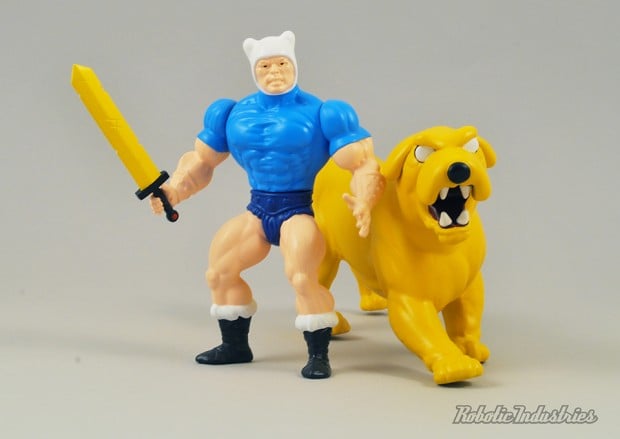 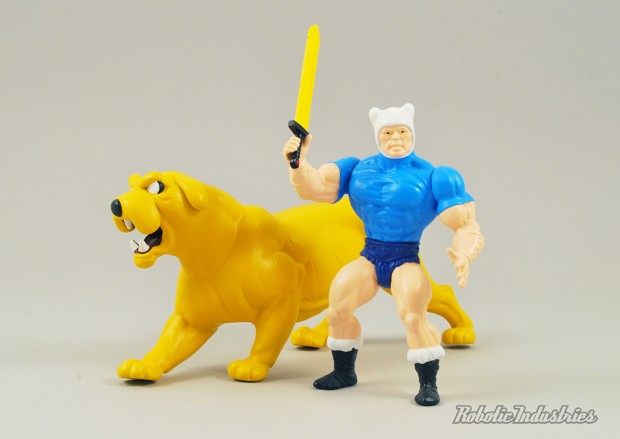 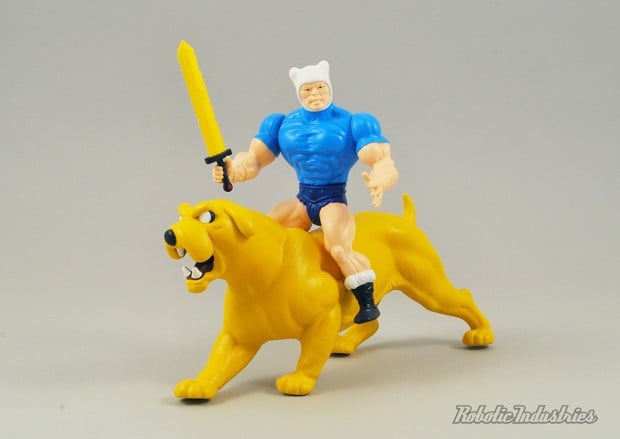 Fugi will sell just 10 units of He-Finn on its website starting March 11 for ~$70 (USD) each; it will sell five more units on its booth at ToyCon UK this April.