Amsterdam is getting a unique and very cool theater that will have movie fans giving up stadium seating and a big screen for rotating chairs and goggles. The project is called The Virtual Reality cinema and it will use chairs that can swivel 360-degrees, Samsung Gear VR headsets, and surround sound via Sennheiser HD 201 headphones. 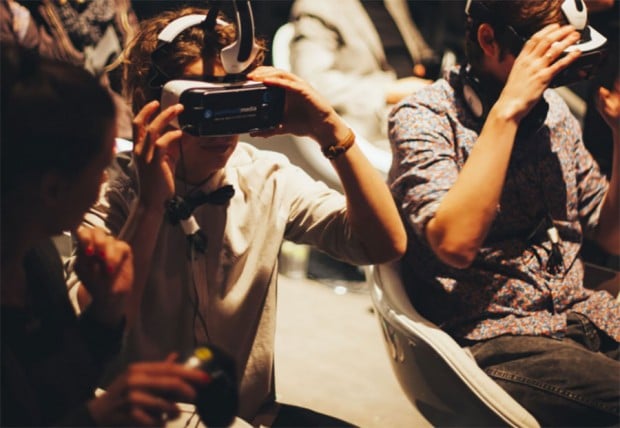 The big screen will be replaced with Samsung Galaxy S6 smartphones. The Gear and S6 devices were chosen to eliminate the wires that might tie users down during a 360-degree viewing experience. The theater will hold about 50 people and ticket prices are on par with full price nighttime movie tickets at theaters in the US, around $15.

The catch is that the movies in the VR Theater will last only 30 minutes and it’s not clear what sort of content is being featured. The company behind the VR theater is &samhoud |media, who hopes to open similar theaters in London, Paris, Berlin, and Madrid.