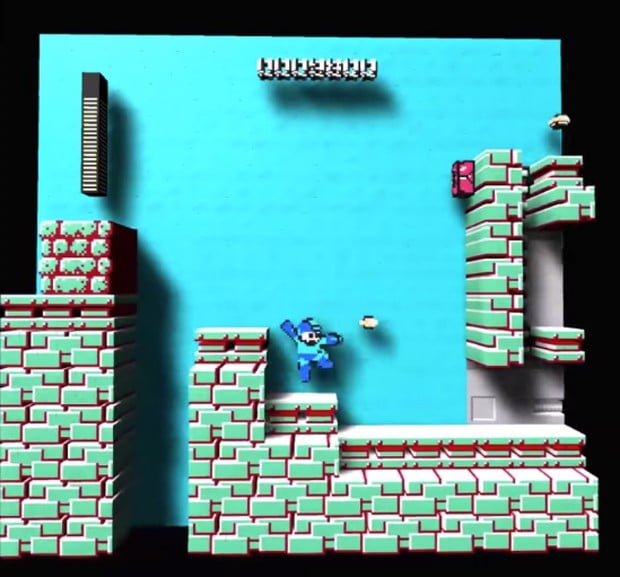 Trần hasn’t gone into detail about how 3DNES works, but it appears to create voxels out of the two-dimensional sprites. The emulator not only lets you adjust the third-person perspective’s camera, it can also let you play in first-person.

It’s definitely a work in progress, but it’s a very cool idea. I hope it’ll have a feature where you can take a “screenshot” that can be saved as a 3D model. You can try the beta version of 3DNES using Firefox – it seems to have been ported to Unity’s web player – though you’ll have to supply the ROM and load it from an online source, such as your Dropbox account.