The lenses in prescription eyeglasses are usually tailored to the wearer’s vision. There are also multifocal or progressive lenses that provide different focal powers, but each power is confined to portions of the lens. That’s why a company called Deep Optics is working on a pair of electronic eyeglasses that automatically change the entire lens’ focal power based on where the wearer is looking. 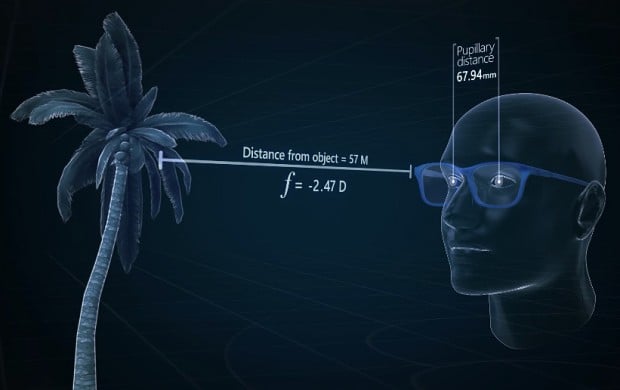 Deep Optics’ Omnifocals have a transparent sheet of liquid crystals on both of its lenses. These crystals can change the lenses’ focal power. To automate the process, a pair of sensors facing the wearer calculate the distance between the wearer’s pupils. The Omnifocals’ computer uses that data to calculate the distance of the wearer from the object that they’re focusing on. It then sends a current to the sheets of liquid crystals to change the lenses’ focus accordingly.

But don’t be fooled by the concept video, because Omnifocals is still in its development phase. CEO Yariv Haddad told MIT that they’re two years away from conducting real world tests, not to mention figuring out how to pack all the electronics in a portable and compact form. Still, this is promising news for us four-eyed folk, who often have to rely on estimates or trial and error when we’re getting our glasses.