It’s a tired joke, but there’s a real risk that mass adoption of 3D printing and 3D modeling will equate digital piracy with physical theft. Now it turns out you don’t have to swipe a 3D file to copy a printed object. 3D printers are literally broadcasting what they’re making through the sound of their moving parts. 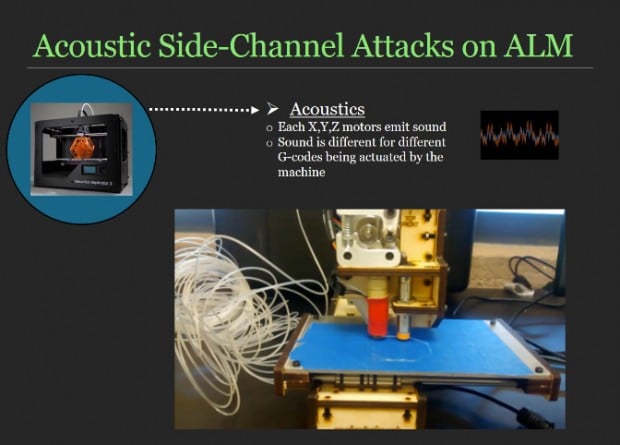 In a paper that they presented at the 2016 International Conference on Cyber-Physical Systems, researchers from the University of California Irvine’s Advanced Integrated Cyber-Physical Systems (AICPS) Lab explained how they were able to make an algorithm that could reverse engineer an object that’s being printed by recording the sound of the 3D printer’s motors while it’s printing the object. In their test, they were able to replicate a 3D printed key with nearly 90% accuracy. 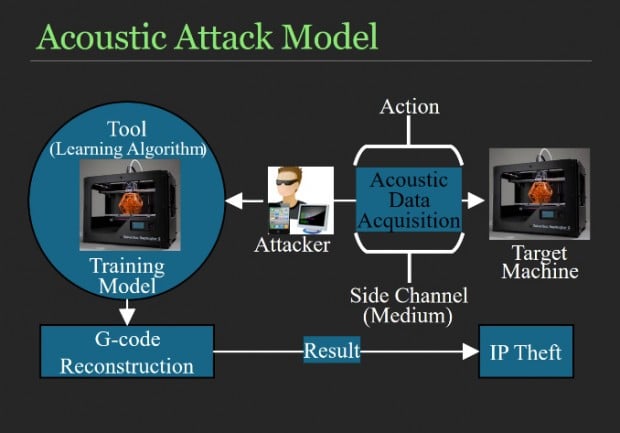 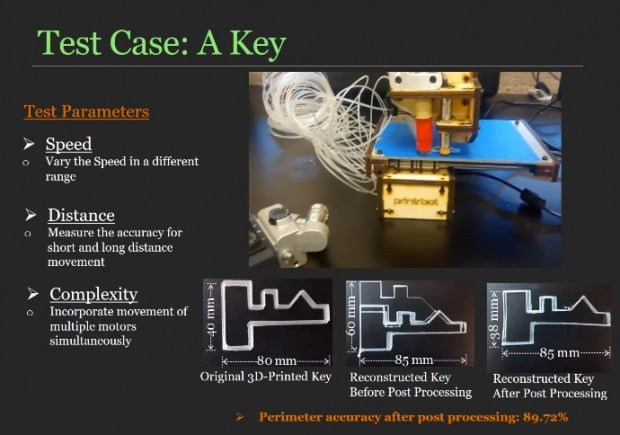 As they mention in the video below, 3D printer motors are just part of the problem; the nozzle or even the fan could also be describing the object that’s being printed.