The wonders of modern technology. These days if you are lonely, you can build yourself a robot bride. You probably shouldn’t, but you can if you want to. And if you do, why not build one that looks like your favorite movie star Scarlett Johansson? What’s an extra bit of creepiness layered onto an already creepy situation? 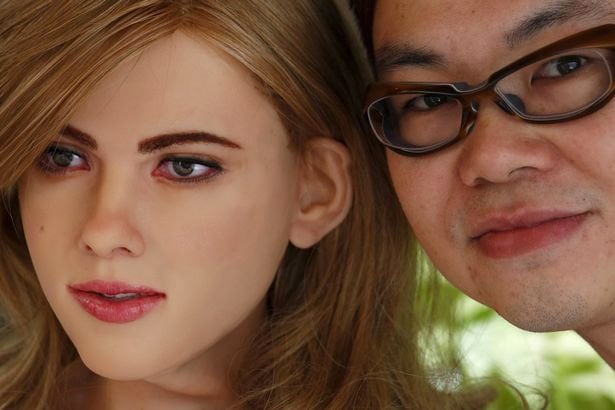 It cost this lonely guy the equivalent of fifty thousand dollars and he built it from scratch. Ricky Ma has made his own dreams come true. It was a tough journey though:

When I started building it, I realised it would involve dynamics, electromechanics and programming. I have never studied programming, how was I supposed to code?

Additionally, I needed to build 3D models for all the parts inside the robot. Also, I had to make sure the robot’s external skin and its internal parts could fit together. When you look at everything together, it was really difficult.

Never give up kids. You too can be super creepy.

[via Mirror via The Daily What via Neatorama]