Many geeks are familiar with LEGO enthusiast Jason Allemann. But he’s only half of the entity we know as JK Brickworks. The “K” is his partner Kristal. This is one of her latest LEGO builds, which she calls the Engineer. 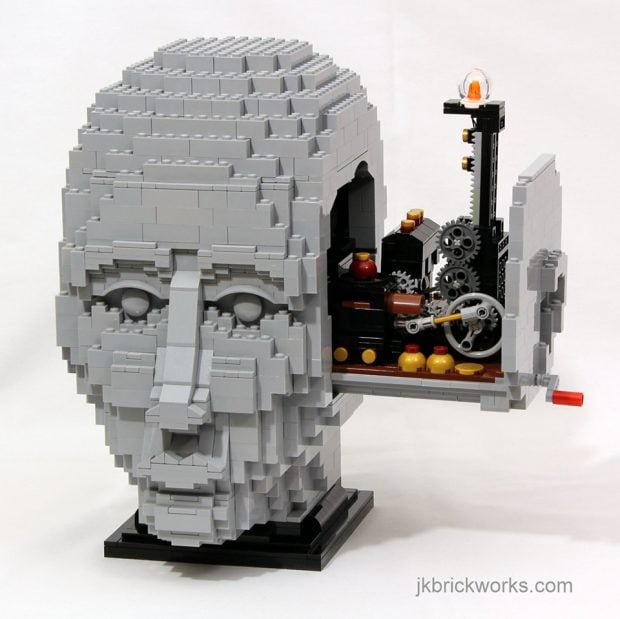 As Jason mentions in the video below, this is the second in Kristal’s ongoing series of LEGO sculptures of heads. Each head has a part that opens up, and the manner in which they do so highlights “different aspects of the human mind.” The Engineer’s head opens by turning a removable crank. But the act of turning the crank also powers a few other moving parts and even a light bulb through an elegant system of gears and gear racks.

In case you haven’t seen it yet, here’s the first kinetic sculpture in Kristal’s series, the Artist:

I’m sure a lot of people would love to have these sculptures as official LEGO sets. Head to JK Brickworks’ website for more shots of the sculptures.