In competitive running, pacers are hired runners who run at a pre-determined speed – and therefore time – so that the contestants can gauge their own pace or be motivated to run faster. To push its sponsored runners during training, Puma made Beatbot, a robotic pacer. 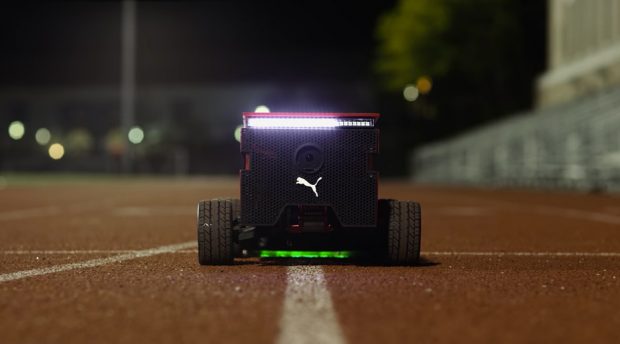 You can think of BeatBot as a smart RC car. It’s equipped with a 9-axis accelerometer and infrared sensors to help it follow the lines on a racetrack. To set the robot’s pace, the runner enters the distance they want to run and the time they want to beat in a mobile app. Puma says BeatBot’s maximum speed is just under 45kph (approx. 28mph) – around the same as the personal best of Usain Bolt, the fastest man alive.

Understandably, Puma hasn’t said much about BeatBot’s hardware, but some are speculating that the robot is based on the Traxxas Rustler RC car. It’s a good starting point for anyone looking to make their own robot pacer.