Earphones are becoming smarter and smarter, but most of them incorporate fitness or communication options. SenCbuds on the other hand promise a simple but still practical feature. They automatically pause the audio when you take them off, then resume playing if you put them back on. 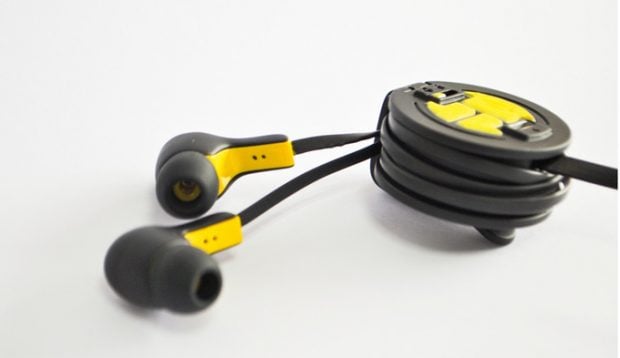 SenCbuds appear to use proximity sensors to detect if you took them off. They also have a couple of other practical features, and a couple of strange ones. The earphones are supposedly made of an anti-bacterial material called SaniPolymers. They also have a small control unit that doubles as a cable manager and has buttons to adjust the volume as well as to answer calls.

Curiously, the control unit has a switch that supposedly makes the headphones work with either iOS or Android devices. Even more curiously, there’s a button on the control unit to toggle a red LED on the earphones. It’s supposedly to tell the people around you that you don’t want to be disturbed, but that’s not exactly a universal sign is it?

I think SenCbuds’ auto-pause feature is neat, although I think that’s their only compelling feature. If you’re sold, pledge at least $50 (USD) on Kickstarter to receive the earphones as a reward.