Last year, we checked out a lightsaber replica that used a stream of flammable liquid as a substitute for the blade. The Hacksmith had a similar idea for a real life version of Psylocke’s psi-blade. But because Betsy’s blade is wider and wilder than the Jedi weapon, its maker opted to engulf a katana in flames. 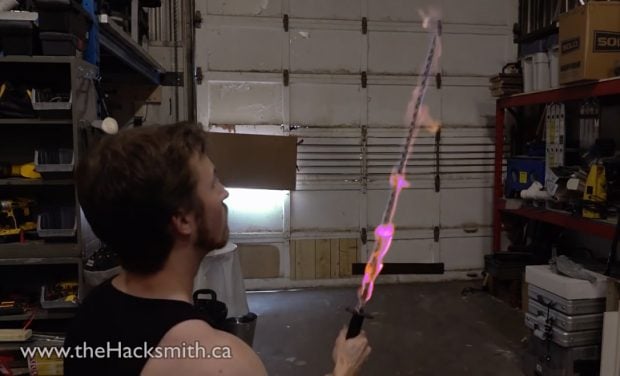 The Hacksmith made a flammable mixture that results in a long-lasting purplish fire. Then he drilled holes in the katana’s blade and threaded a wick around the blade. He then soaked the blade in his secret fiery sauce. He embedded a plasma lighter into the katana’s handle so he can light up the weapon on demand.

Do it with wrist-mounted blades and you have a Protoss variant.