One of the better video game controller that Mattel tried early on was the Nintendo Power Glove. It was very innovative for its time, but naturally it didn’t always function as well as we would have liked. Well, a computer engineering grad has given it new life as a wireless drone controller. Hack A Day came across Nolan Moore and his fun creation at the recent Bay Area Maker Faire. 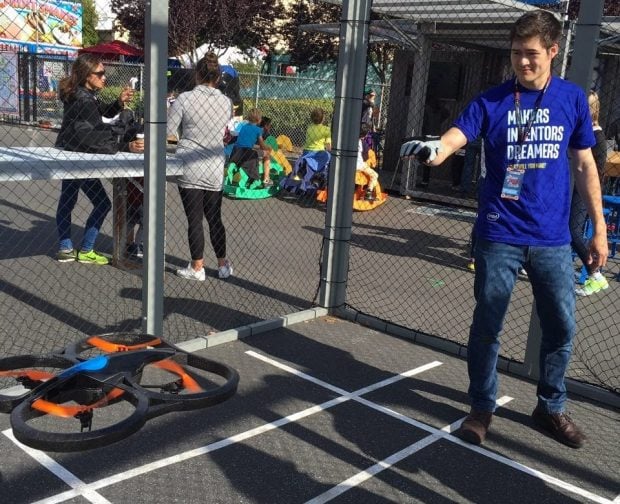 Nolan tore down a Power Glove, then reassembled it with a Wi-Fi transmitter, flex sensors and a bunch of other components. Now it is a powerful controller that can alter the course of a drone with basic hand movements. Making a fist gets the drone to roll, while a flat hand makes the drone hover in place. It is an impressive mod to see in action.

Imagine how many units Mattel would sell today if they packaged these up and started selling them.

[Hack A Day via Popular Mechanics via Engadget]