It is a tragic scenario that has been in the news far too often. Kids being left in a car and dying from the extreme heat. So far this summer, 12 kids died from heatstroke due to being left behind in hot cars. Well, General Motors has a small, but potentially lifesaving technology that should help remind busy parents to check their back seat before leaving the car. 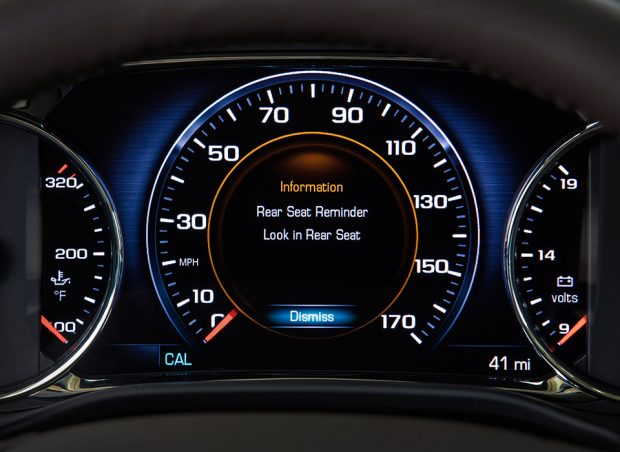 The company has revealed a new feature that will notify drivers when someone is left behind in the car. This feature will first be introduced on the 2017 GMC Acadia. It works like the seatbelt reminder: the driver is alerted to “Look In Rear Seat” on the vehicle’s speedometer, while a warning tone is sounded. It’s not perfect, mind you, as it doesn’t actually monitor for weight on the rear seat – instead, it detects a certain pattern of the rear door being opened and closed to deduce that somebody is probably back there.

The feature will be included by default in all new Acadias, but you do have the option to switch it off if you want. It will be arriving in other four-door GM cars soon.

Or, you could always, you know, be aware that you are with your kids, and just not leave them there.

[via Consumerist via New Launches]