This Badminton-playing Robot Is No Joke

Students and professors at the University of Electronic Science and Technology of China have built a robot that can not only quickly cover an entire badminton court, but it can also return almost any shot. This robot is a serious opponent. It would likely beat most of us. 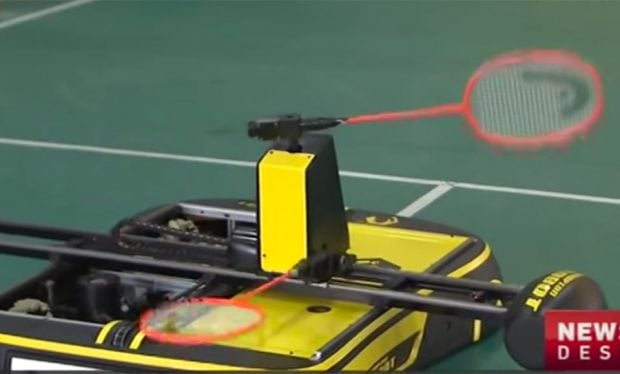 This robot tracks and calculates the trajectory of the shot, using hi-def video cameras to produce stereo depth images. These images are wirelessly streamed to an external computer for processing. This means that it is always where it needs to be in order to make a return.

If it ever competed professionally it might not do as good as might think. Despite its strengths, the robot currently lacks the ability to aggressively hit a return back at its opponents. As good as it is, it doesn’t have that emotional energy burst that human players have. Still, it could always tire humans out with endless volleys.