Scientists at the University of Southeast Norway apparently have nothing better to do, so they released microorganisms into a Pac-Man-style maze made out of fluid to observe how the single-celled euglena (Pac-Men) avoid their predators, the multi-celled rotifers (Ghosts). I love how scientists will use any excuse to get their geek on. 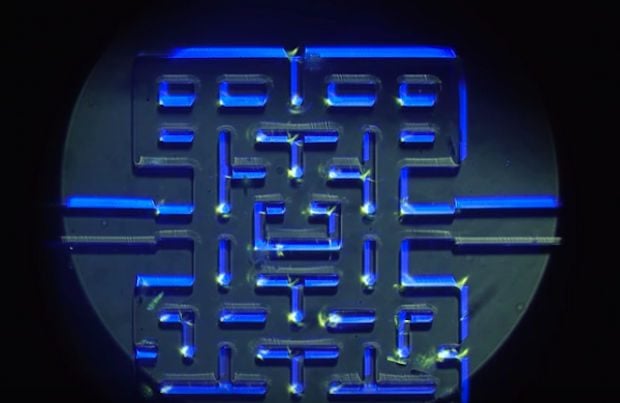 These “micromazes” make it easier to view and study microorganisms, which can normally be found bunched together in a Petri dish. Now they are spread out and you can see what’s going on better.

So why the tiny Pac-Man imitation? Well, that is maybe the most brilliant part of all of this. It is a good way for the researchers to better communicate their findings to the public. It certainly got our attention. Next I want to see Dig-Dug.