Growing up, we had this little fuzzy white dog that my brother love to put diapers on for some reason. This was hilarious right up until the dog pooed in the diaper, and then smashed it all into his fur. I can only imagine that eventually Charlie the rooster will end up with rooster poo in his feathers if his owners keep making him wear pants. 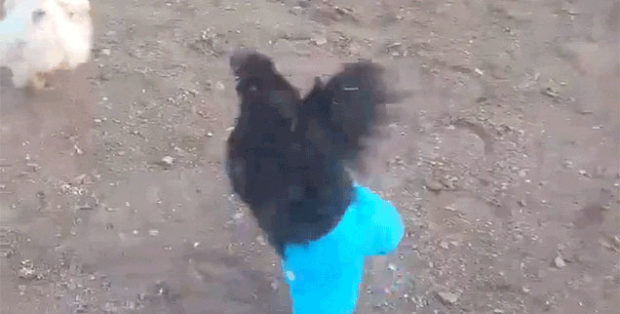 I will say that Charles does impressively fill out those blue pants. I’d also like to know just how one gets pants onto a rooster. I assume there is lots of clucking, pecking, and flapping of wings involved.

In case you are wondering, Charlie lives in Prescott, Arizona with his owners Debra and Billy Snodgrass, who clearly have nothing better to do with their time.