Mars Simulation Ends After Participants Spend a Year in a Dome

A simulated Mars mission that was paid for by NASA has come to a conclusion. The HI-SEAS mission saw a crew of six people living in a dome on Hawaii’s Mauna Loa mountain for the last year. The six participants were kept in near-isolation for the duration of the simulated mission and were only allowed outside the dome if they wore a spacesuit. 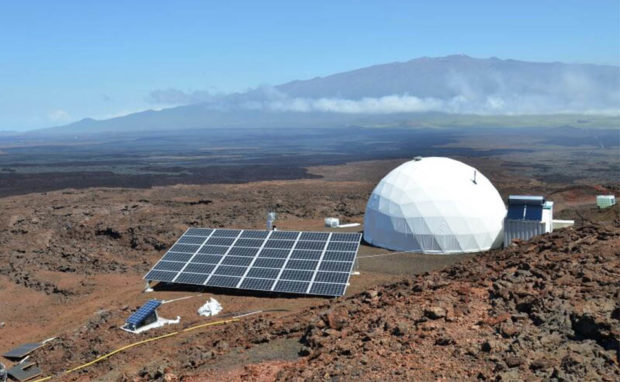 The dome seen in the image here was 36-feet in diameter and 20-feet tall. Mauna Loa was chosen because its soil is similar to what is found on Mars. The high elevation of the site also meant that no plants would grow. The group of participants include a French astrobiologist, a German physicist, and a quartet of Americans. 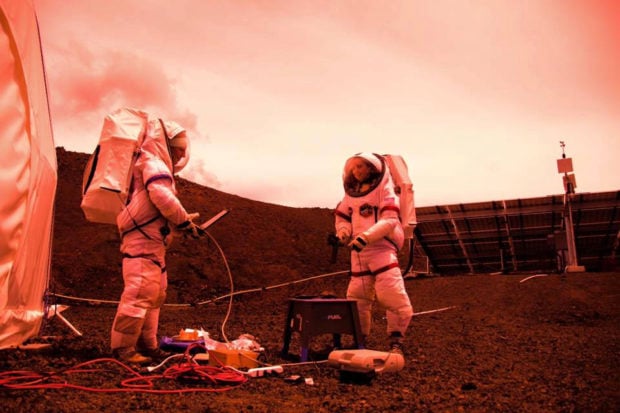 The Americans included a pilot, architect, doctor/journalist, and a soil scientist. One goal of the simulation was to conduct research and the psychological impact of being isolated with just a few other people for such a long time. Crewmember Sheyna Gifford wrote a blog post shortly before the crew left the dome that helps reinforce NASAs future plans to send humans to Mars, and that her immediate plans were to go on vacation. Members of the crew also planned to eat a lot of food not available during the simulation and to swim in the ocean.

If you’re interested in learning more about the HI-SEAS Mars mission, be sure to check out the Kickstarter for Red Heaven, a documentary being made about the project: