How to Make a Skateboard from Toilet Paper

Have you ever ridden a skateboard made from toilet paper? It’s the sh*t! Lauri and Anni Vuohensilta, the fine folks behind the Hydraulic Press Channel have published a video on one of their other YouTube channels showing their hydraulic press smashing rolls of toilet paper into a hard, long board. That is then transformed into a semi-usable skateboard. 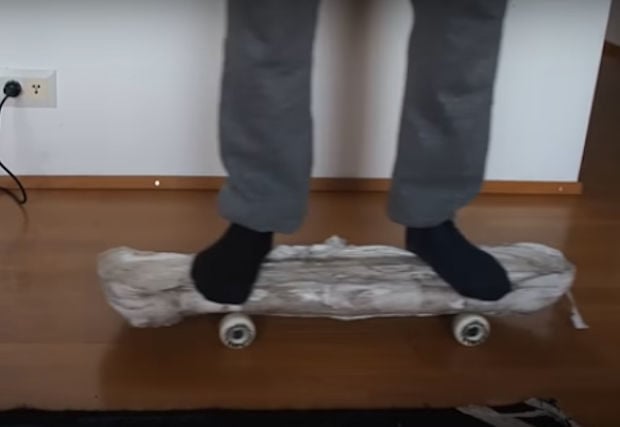 It really works too, Lauri takes it for a ride, showing off how sturdy it is. He almost falls off of it though, giving a whole new meaning to the word “wipeout. It takes a lot more work than you might think to create the skate deck, and the video is long, but fascinating.

Usually these guys destroy stuff with a hydraulic press, so it’s nice to see them create something for once. Everyone at the Charmin factory take note.