The first thing I wonder about this Marvel Legends Deadpool action figure is why they included a taco accessory and not a chimichanga. The 6-inch action figure also comes with dual katana swords, and two faces – one being the butter face. 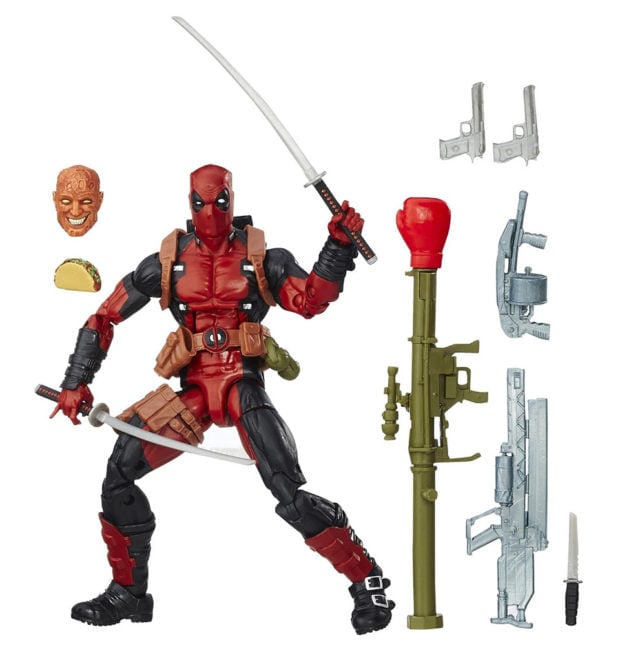 It also includes are dual pistols, a boxing glove bazooka, big rifle, and shotgun as well as a knife. This doesn’t look like Ryan Reynolds’ Deadpool at all, but it’s still cool. 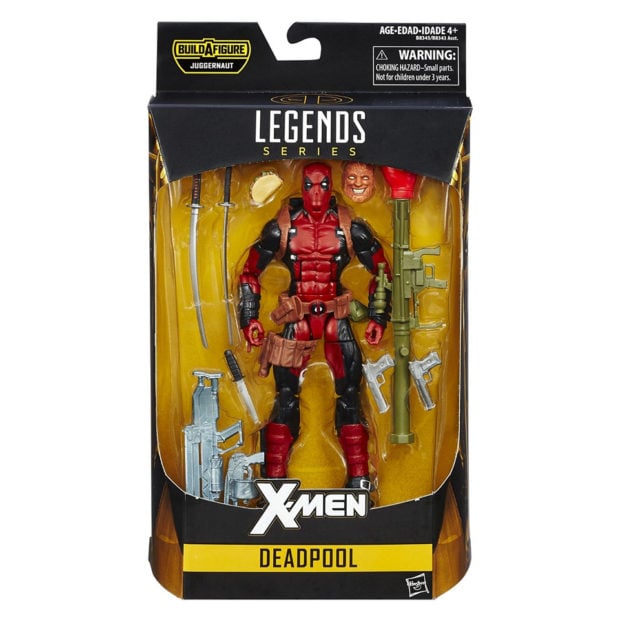 The action figure will launch this month for $21.99(USD), and is available for pre-order from Entertainment Earth now. Be sure and play with plenty of snark.