Look at this enormous hammer! It looks just like a giant version of Thor’s mighty Mjolnir from the Avengers flicks. Though this implement is made of foam, so I guess that means a mere mortal could wield it. 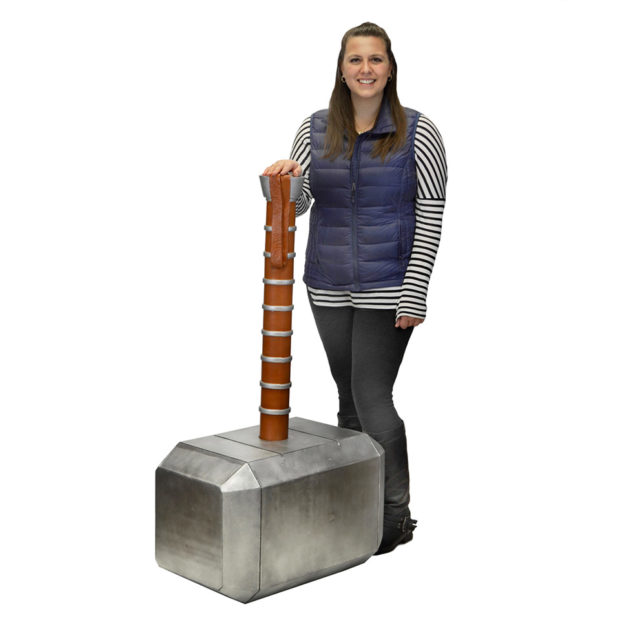 NECA’s oversize Mjolnir replica stands 4 feet tall. I’m not sure if it can stand on its beveled edge like it does in the movies, but they show it that way in one of the pictures. 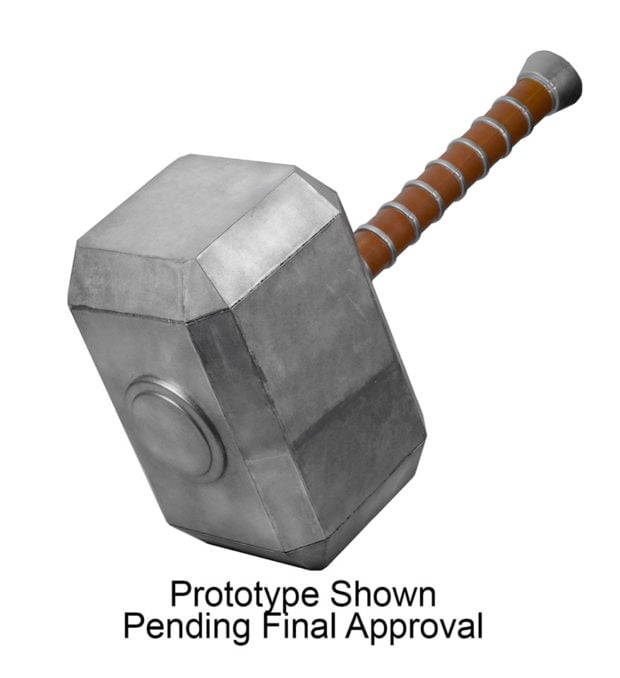 What you see here is a prototype and the final version is pending licensor approval. There is no word on when approval might come, but when it does you can buy this giant hammer for yourself.

The giant hammer will ship in a single box; likely a massive one.