It must get boring being a billionaire. What do you do when making money is not a challenge anymore? Well, you could become a super villain. Looks like that is the route that Jeff Bezos of Amazon fame has taken. 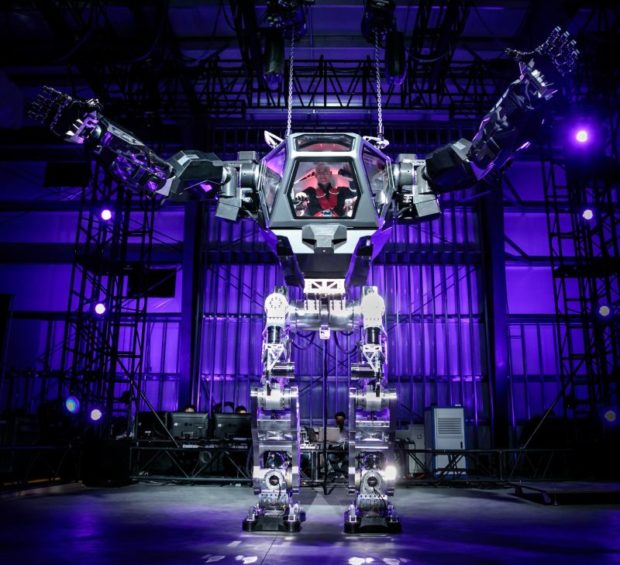 At Amazon’s annual MARS (Machine learning, home Automation, Robotics and Space) conference, Bezos tried out a 13-foot tall robot designed by Korean company Hankook Mirae Technology. Notice the evil smile on his face. So Bezos practiced another world domination tool and I’m just wondering what hero is going to take this guy down when his evil plans come to fruition.

The Method-2 robot has been the source of controversy since some think that it’s a fake. Sadly there was no evidence here that it could walk, but the arms seemed to move pretty well, so there is that. Whatever. Have fun destroying some corner of the world, Jeff. Just keep those Amazon packages on time at my house.

[via The Verge via Gizmodo]