Wings? Who needs wings on a plane when you can have two greasy chicken buckets? YouTuber and supergeek Peter Sripol wanted to see if a plane could fly with KFC buckets for wings, so he set out to prove it. Surprisingly, it worked. 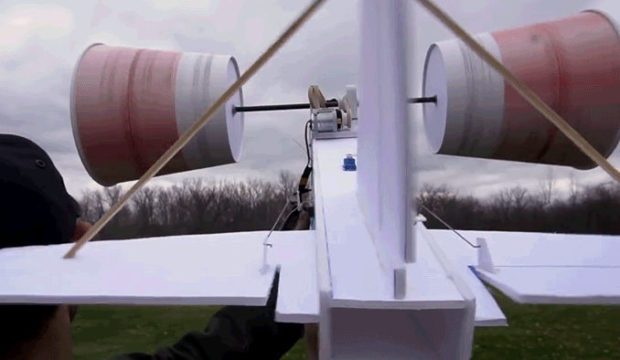 This is not some late April Fool’s joke. The science behind it is sound. Cylinders or spheres can actually be used to create lift if you make them spin a bit. The phenomenon is called the Magnus Effect. A good example of this is when you drop a basketball off a roof with some backspin and the ball travels in a parabolic arc. And that’s all the science my brain can handle right now.

It took many failed designs, but eventually Sripol and his team built a plane that they can fly. The actual flight starts at around the 11-minute mark, and it stays in the air for a surprising amount of time. Man, I really hope KFC starts making some toy planes now.

[via Digg via Sploid]