Make a Minigun from Coca-Cola Cans and Syringes

If you have some Coca-Cola cans, some lighters, and a few spare syringes just lying around, you can use them to make your own minigun. The question is, should you? Yes. Yes you should. Unless you hurt yourself, in which case, I do not endorse this idea at all. 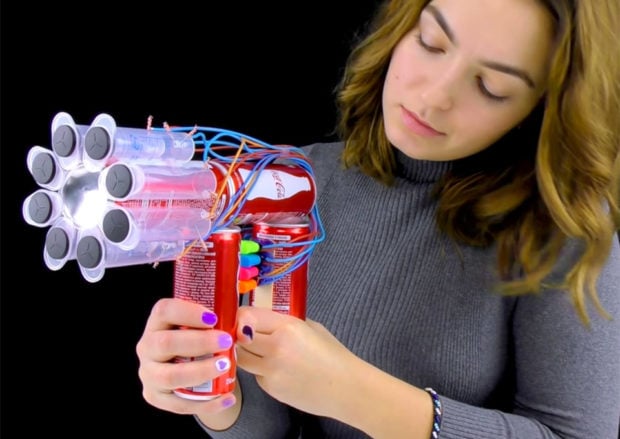 The Q Channel shows you how to make a rad minigun with a really cool design. It isn’t very hard to make. Watch the video, make it and have fun with your new homemade weapon. Just don’t blow yourself up with all those lighters and rubbing alcohol.

It isn’t the most ergonomic gun ever and it isn’t super powerful, but it looks super fun to make and shoot.