Tarzan Robot Will Swing over Crops

Some farmers are already using drones to monitor their crops, but researchers from Georgia Tech think they have a better solution. They have created a robot inspired by the sloth and named it Tarzan, after the way he swings from vine to vine. 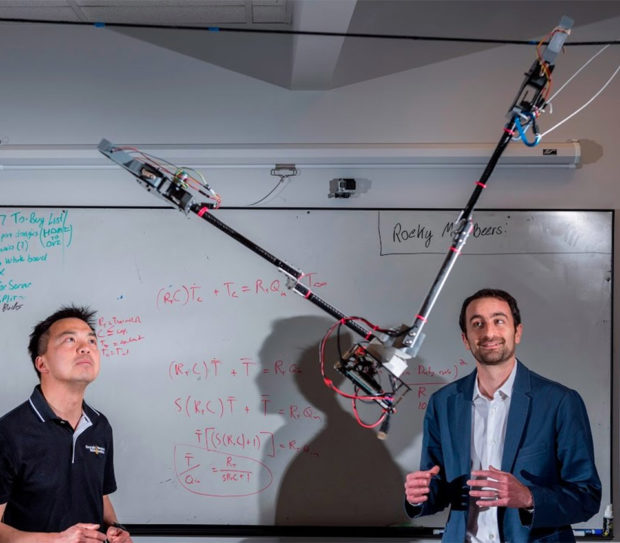 This machine is designed to swing over crops using its 3D-printed claws and parallel guy-wires stretched over fields, so it can take measurements and pictures of each plant with its built-in camera. That way farmers always know what is happening, and can do it without disrupting their work on the ground.

They want Tarzan to be very energy efficient, just like real sloths. They want to create solar-powered versions in the future, so farms can have several of these robots out at one time without having to recharge or refuel.

Sadly it does not do the Tarzan yell. Yet.