Gummy Army Men Will Blow Up Your Gut

A couple months ago, I mentioned that you could buy a massive bag of gummy bears of the Haribo variety over at Amazon for like $10. I ordered up a bag of those ones, and when they came in, they were stale and hard. I was pissed about it too. I mean I ate them, it was five effing pounds of gummies after all. Once that bag was out, I decided to try the five-pound bag of Albanese 12-flavor Gummy Bears and they are the best gummies ever. They were all soft, had way more flavor than the Haribo version and for only two dollars more I will order more. In fact I am considering a gummy bear subscription. Amazon really knows what I like and as a bonus they won’t make your rectum hate you after a gummy eating marathon.

If you aren’t a fan of gummy bears, perhaps these gummy army men will appease your combative sweet tooth. The downside is they only come in green, so they are all apple flavored. That said, the reviews are very positive, and people say they taste like green apple Jolly Ranchers. 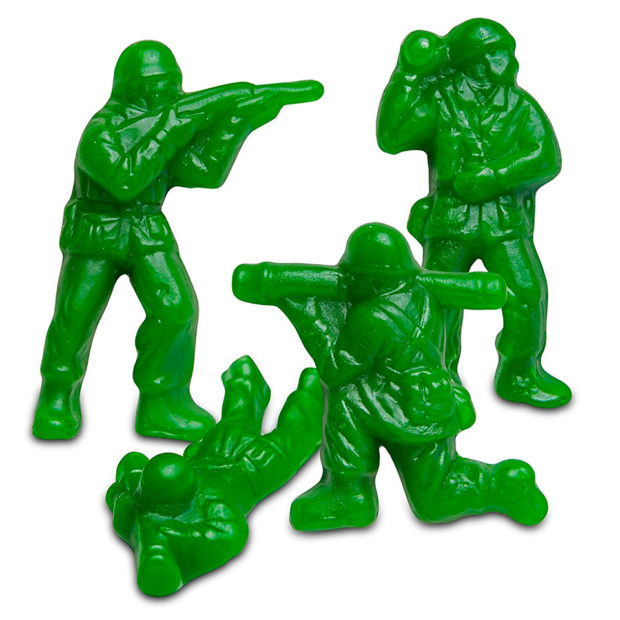 They look just like those toy army men you used to play with as a kid. They come in four different poses, so you can act out battle scenes with them, and then the losing army’s heads and legs get eaten off. 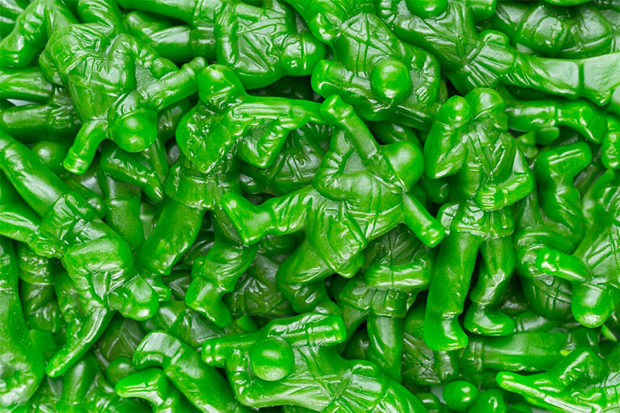 You can grab a five-pound bag of these over at Amazon for about $16(USD).