A Galaxy Quest television series has been rumored for some time, but nothing ever came of it. That’s okay, because this Star Trek spoof series looks like it could be even better. Seth MacFarlane and Jon Favreau have stepped up to give us The Orville. 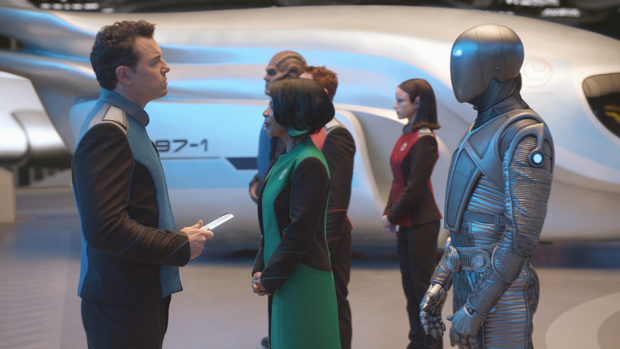 The first trailer for this new show is here and it definitely looks funny as hell. It stars MacFarlane and Adrianne Palicki as a divorced couple filling in for Kirk and Spock. The humor seems on point, the visual effects are pretty sweet and they have a cast of aliens that should provide extra humor. They should have more than enough Star Trek tropes to make fun of.

Personally I can’t wait for this one. I’m more excited for this than I am for Star Trek: Discovery. I mean Discovery hasn’t even given us a trailer yet, and has faced some big production hurdles, that it could be headed for trouble.