Pennywise POP! Figure Will Show You How to Float Down Here

One of the creepiest and scariest books that I ever read was Stephen King’s IT. Pennywise the clown was freaky as hell, and in the TV movie based on the book, he was just as disturbing. With a new theatrical version of the movie coming soon, a new Funko POP! vinyl figure has surfaced. 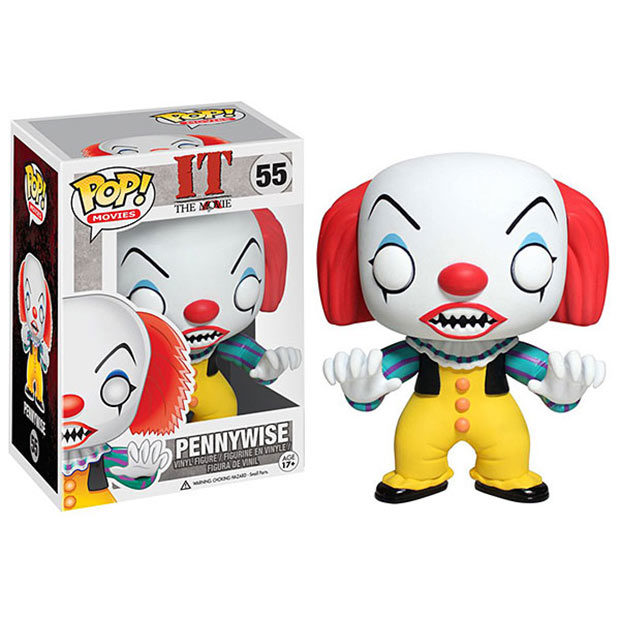 This Pop! figure is based on Pennywise from the TV adaptation of the book, not the new film, but it’s still plenty creepy. He’s got the trademark clown white face, red hair and red nose, but eyes with no pupils, and gnarled, jagged teeth. The figure can be yours for $9.99(USD) on ThinkGeek, though you’ll need to set aside some extra cash for therapy.