NakeFit Foot Stickers Keep Your Soles from Burning in Hell

Being that I am from Texas, all my childhood memories of the beach revolve around Galveston, Texas. That means Gulf of Mexico water as dirty as a mud puddle, and sand roughly the temperature of the surface of the Sun. I remember taking a towel with me from the car, sprinting down the sand until my feet were near blistering, throwing the towel down and standing on it until I could move again, and then sprinting the way to the water to put out the flaming tootsies. 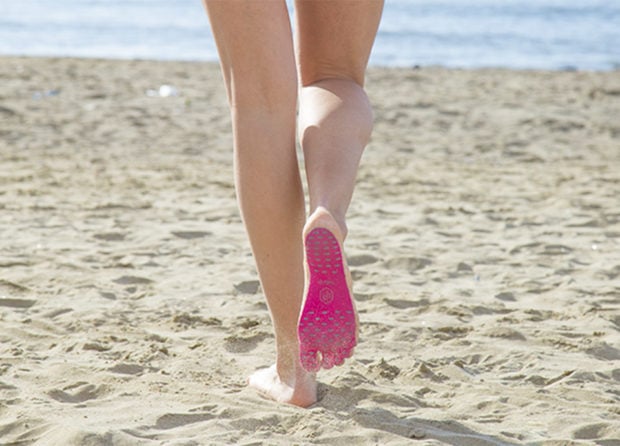 This minimal footwear from NakeFit would have solved this problem for sure. It’s basically thin protective layer which sticks to the soles of your feet. It’s elastic and promises to be easy to wear. It’s also anti-slip so you don’t have to worry about sliding and falling as much at the pool. 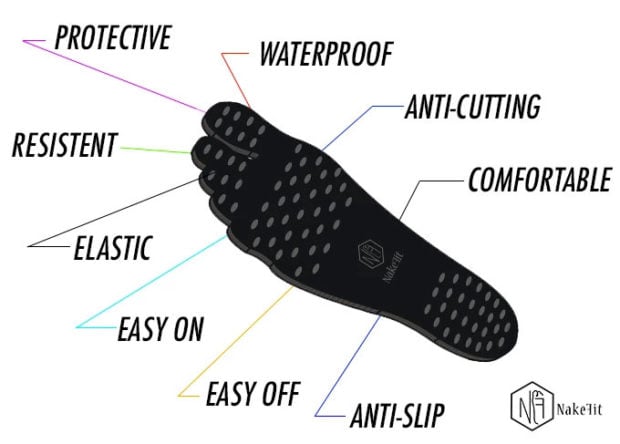 The product is on Kickstarter and has already blown through its goal by nearly 10x. A pack of 10 pairs of one-time-use NakeFits will cost you about $33(USD).