If you search for images on Google, you’ll often see numerous results which have been stamped with watermarks for stock photo companies. These watermarks protect photographers and other copyright holders from having their work taken and used freely without licensing. Up until now, watermarking has been a reasonably effective tool to prevent, or at least greatly discourage unlicensed usage of images. 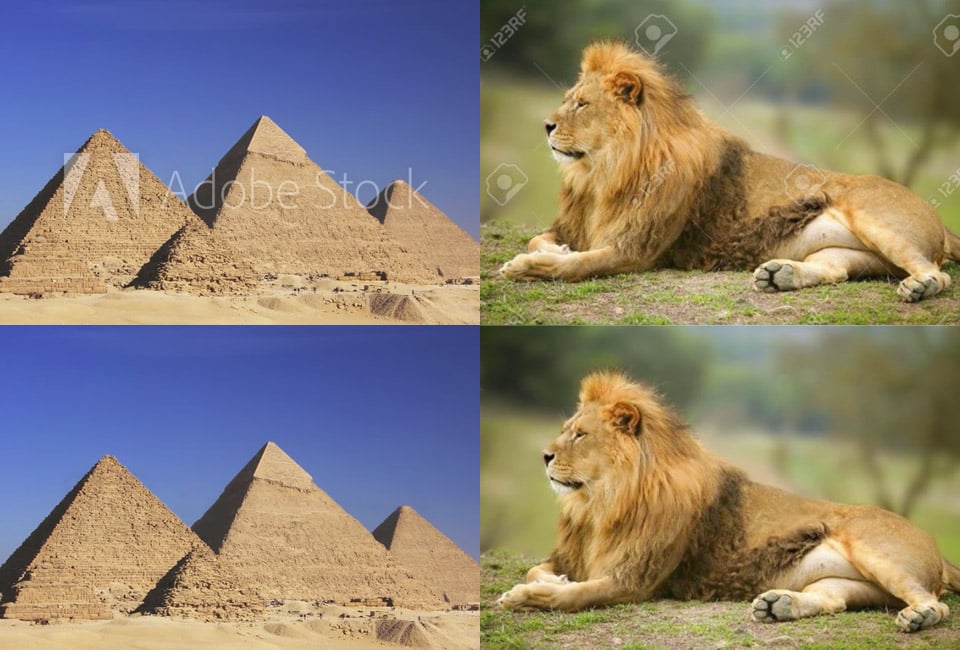 However, it now appears that it’s technically quite feasible to remove many current watermarks, based on research which was presented by Google at the 2017 Computer Vision and Pattern Recognition Conference. Researchers have developed an algorithm which can remove the most commonly used watermark type (a low opacity image overlay) with a high degree of reliability. 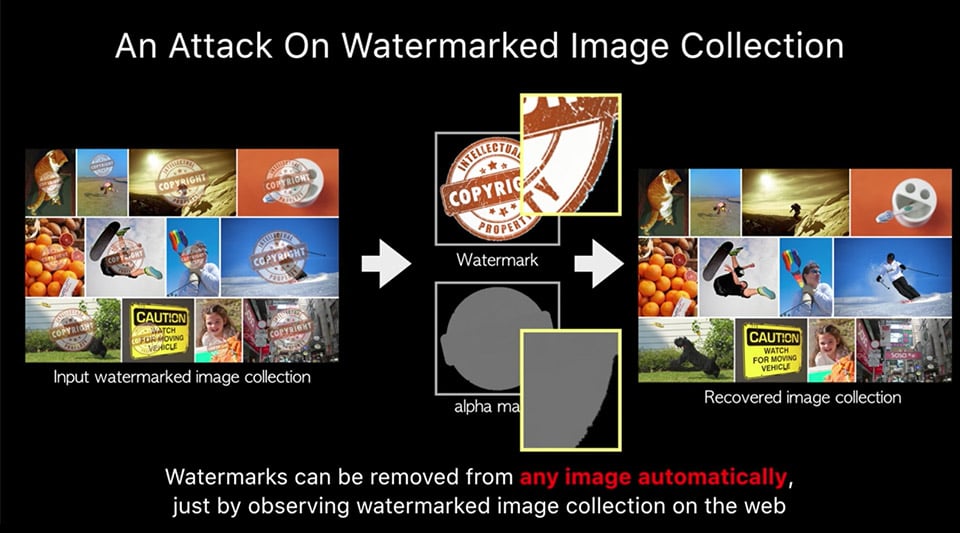 The image detection algorithm analyzes a stack of multiple images fed into it, and then can use that information to estimate which part of the image is the watermark. It then creates a matte using that watermark and another algorithm to subtract out the image changes caused by the watermark, restoring the image to its unwatermarked version. The trick is that all of the images need to have the same logo or artwork as the watermark in order to work its magic.

Obviously, this technical exploit is of great concern to photographers and stock photo companies, as well as intellectual property lawyers, and I’m sure they don’t want it making its way into the hands of the general public. Despite those concerns, the simple solution is for stock photo companies to create small changes for changes for each unique image (i.e. distorting the watermark, or overlaying a large QR code or serial number), and that would make automated removal much more difficult.