When I was a kid, people who could solve a Rubik’s Cube were a rare thing. Nowadays, there are entire leagues dedicated to solving them as quickly as possible, and even guys who can solve them while wakesurfing or juggling. All of those things would be much more difficult when played out on this giant-size Rubik’s Cube. 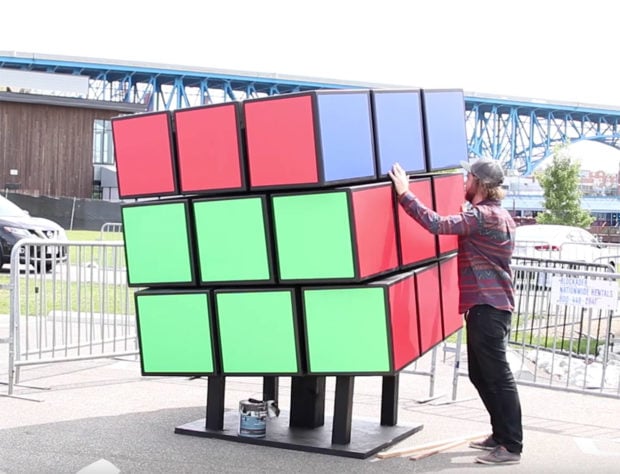 Woodworker Kyle Toth was recently commissioned to build what appears to be the world’s largest Rubik’s Cube for the Tanz Summer Festival in Cleveland, Ohio. The puzzle measures in a 7 feet-tall, and over 5 feet-wide, and was built from plywood with lazy susan style turntables to make it spin easily.

While each layer of the cube can spin horizontally like the real puzzle, it can’t rotate on the vertical axis. For that, you’ll have to try Tony Fisher’s cube, which is just a hair smaller, but is fully functional.