I’ve seen some pretty amazing case mods over the years, but this life-size Iron Man PC might just be the most incredible PC build yet. Pro system builder Jengki Wmp of World Media Plus created this life-size sculpture of Iron Man in his Mk. 45 armor, which also happens to double as a high-end gaming PC. 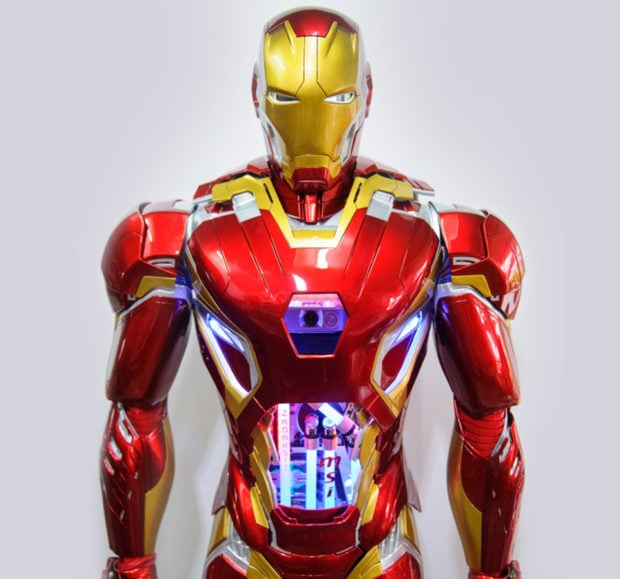 The system houses an MSI X99A Xpower Gaming Titanium motherboard, an NVIDIA GeForce GTX 1080 graphics card with 8GB, an Intel Core i7-5820K CPU, speedy ZADAK511 Shield 3000MHz DDR4 memory, a 240GB ZADAK511 Shield SSD, and a 600W Thermaltake Toughpower PSU. The whole thing is water-cooled using a Thermaltake system. It makes me wonder if Tony Stark’s Arc Reactor would last longer if it were water-cooled, or if it would just electrocute him.

Of course, what makes this system so awesome isn’t the computer, but the incredible, detailed sculpting, with super-shiny red and gold armor, and a slick light-up interior so you can see all the computer components. The rainbow-illuminated cooling fans in Iron Man’s back are a nice touch too. 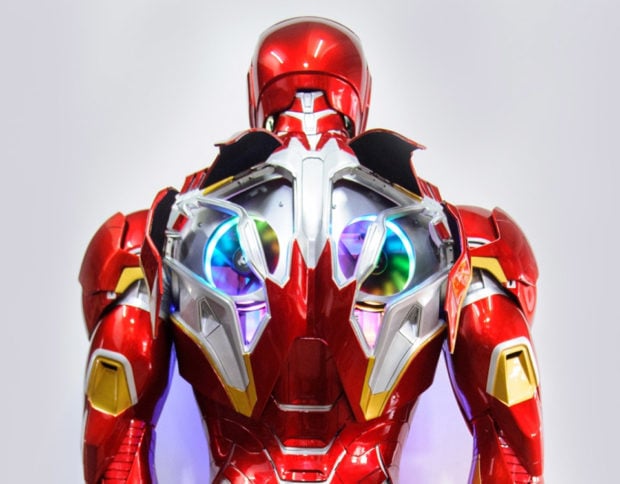 Amazing build, Jengki. I can’t imagine how much time and effort it took to create this thing, but you deserve all of the awards they throw your way. 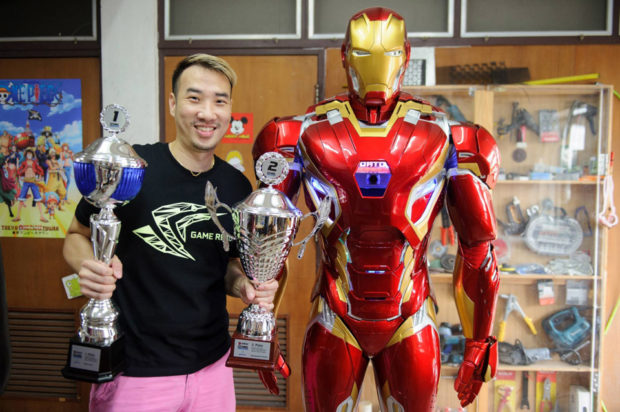