With the advent of HD and 4K streaming video, you may think that physical disks are obsolete. But frankly, most of the 1080p Blu-ray discs I’ve played on my home theater system look better than even 4K streamed content out there because of the compression streaming services apply to reduce bandwidth usage. That said, this Apple II Disk II drive is no longer obsolete, thanks to its conversion into a working Blu-ray drive. 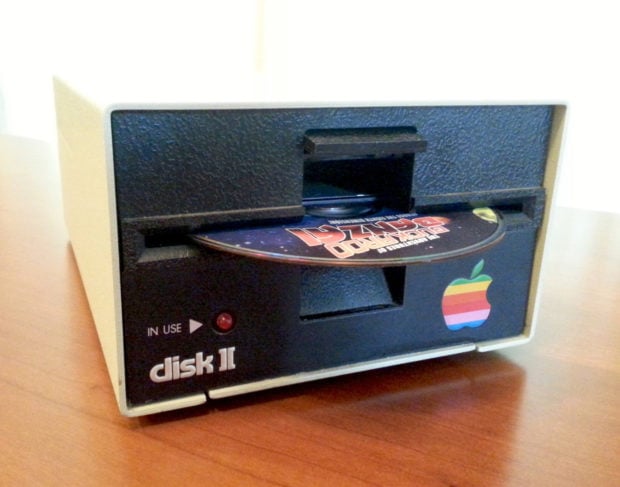 The old 5-1/4″ Apple floppy disk drive – circa 1978 – was gutted and converted into a working Blu-ray drive by Charles Mangin of RetroConnector. Inside, he’s fitted it with a modern USB 3 drive that can play HD movies and also read and write CDs and DVDs.

I love how it really looks unmodified at first glance. The disk drive door still locks into place, and he even rigged it so the old red LED blinks with drive activity. Priced at $500, it’s a bit expensive given what Blu-ray drives go for these days, but I love the looks of this thing so much that I’m throwing money at the screen right now. 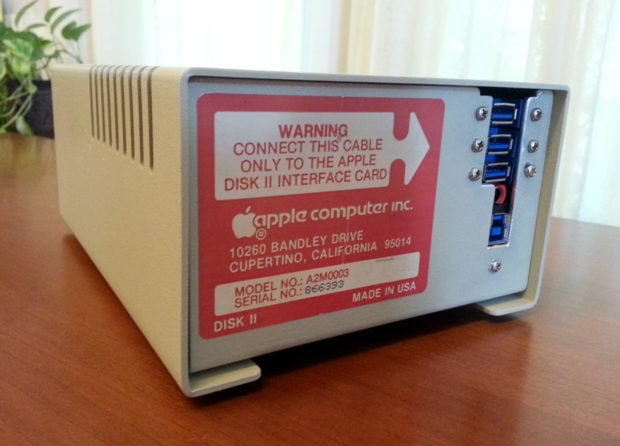