DJI has officially launched its new Mavic Air drone, and this model brings with it some of the best features of DJI’s Mavic Pro and Spark drones at an affordable price. The DJI Mavic Air has a 1/2.3 inch sensor that will record 4K video at 24 or 30 frames per second. It can also shoot 12 megapixel stills with a wide angle 24mm f2.8 lens. And that’s just the beginning. There’s a lot to like about this new model. 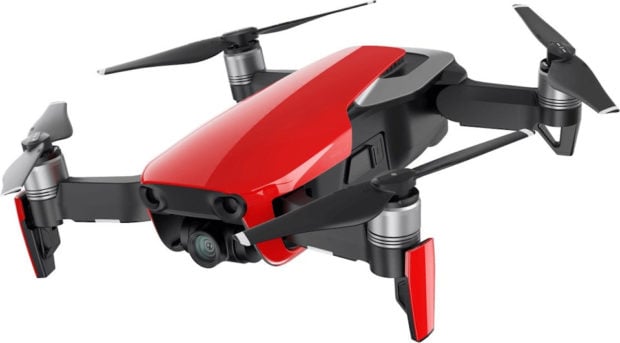 The foldable design takes cues from both the Mavic Pro and the Spark. It will fold up small enough that it can easily fit in a jacket pocket. This version is also much lighter than its predecessors. It’s 41 percent lighter than the Mavic Pro. The Mavic Air has a max speed of up to 42.5 miles per hour against 22 mile per hour winds. It also sports a 2.5 mile visual line of sight range and it comes with a new remote that docks with your smartphone. 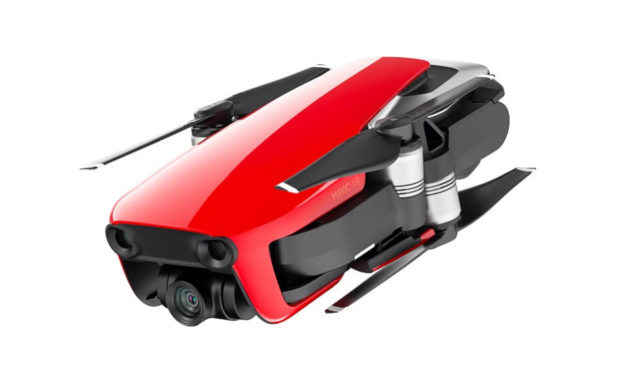 Other features include a new ventilation system to prevent overheating, a new 3-axis gimbal casing for the camera for smooth video, a seven-camera obstacle avoidance system, 8GB of onboard storage and a USB-C port. There are also several new shooting modes, one of which lets users take 32 megapixel panoramas, and improved image processing. Naturally due to the size and features, there’s not a ton of air time. It can fly for up to 21 minutes. Not bad considering all of the features here, but we want more.

You can get the Mavic Air in Onyx Black, Arctic White, and Flame Red for $799. Pre-orders start today via DJI’s online store. They will ship on January 28th.