Guy Makes 660-foot Basketball Shot from Atop a Waterfall

I’m pretty good from the free throw line. Occasionally, I may even get nothing but net from full court, if I get lucky. But I’m not this good. Watch the guys from How Ridiculous take what should be an impossible 660-foot basketball shot, and make it look easy. 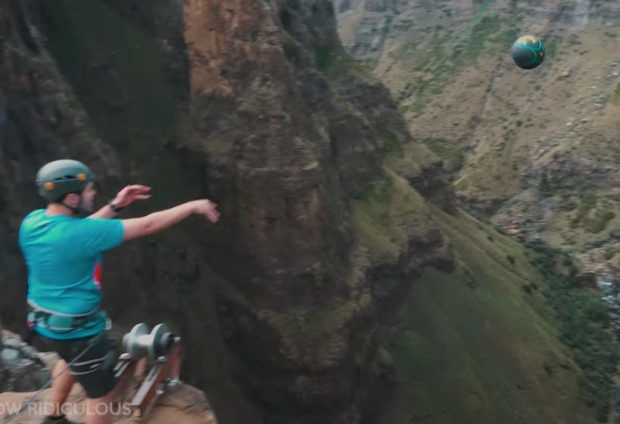 The only way to make a shot like this is to take advantage of a tall location like the towering Maletsunyane Falls in Lesotho, Africa. It looks like they hired some locals to carry balls up throughout a time period of six days, until they got the shot perfectly. We don’t know how many missed attempts there were while they tried to get this Guinness World Record, but now they are in the record books.

Basically this is a bunch of rich kids having fun, shooting some amazingly high baskets, and hoping for the best. The law of averages says that they had to get the shot eventually. Just saying. Anyway, they got the shot in the end, and it is impressive to watch it happen. I wonder if an NBA star could have done it any faster. Somebody get on that because I really need to know.