Super Mario Odyssey has a lot of firsts. First and foremost, it’s a groundbreaking Super Mario game. But lately the talk has been all about Mario’s lack of a belly button, while showing off his nipples. The initial screenshots of the bare-chested hero led to the usual memes and such, but then people stopped to ask, “Why does Mario have nipples, but no belly button?” That’s a good question. 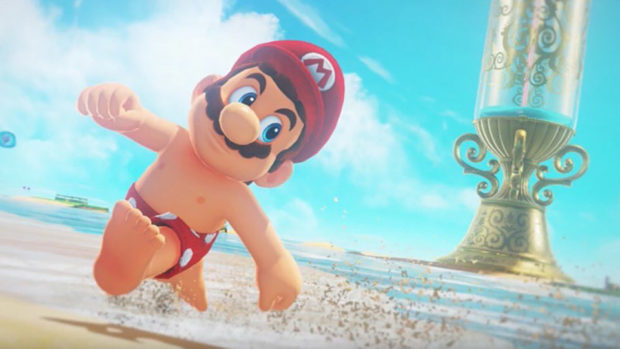 You’ll find the answer in a new Q&A video from Nintendo, since it is the very first question posed to producer Yoshiaki Koizumi, who says that he didn’t expect this to be such a hot topic among fans. He responded, “Once I heard that people were talking so much about Mario’s belly button, it made me start to think about whether we should revisit the topic on the design side.” I know, that’s not really an answer. Look people, you are clearly giving this more thought than the folks at Nintendo did. You have nipples, why wouldn’t Mario? Although, the lack of belly button seems odd the more you think about it.

Koizumi had another interesting answer to a question as well. Is that Toad’s head or a hat? Koizumi says that it’s his head. “I’m going to have to leave it to all of you to figure out exactly how that works out,” he said. The rabbit hole gets deeper.