Did you know that there is a National Ranch Day? Me either. I know now. It was on March 10th. Do we really need a day to celebrate salad dressing? Of course for some people, that’s every day. See, this is why we’re fat, people. Anyway, to commemorate the special occasion, Hidden Valley Ranch commissioned two very special dressing bottles, each worth approximately $35,000. 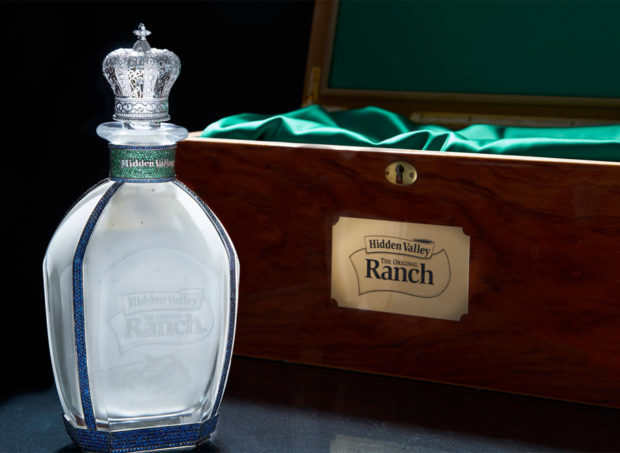 Each bottle has over 75 carats of diamonds and sapphires, with 18-karat white gold accents and an ornate cap, along with all of the ingredients that make up their ranch dressing of course. The company is keeping one of the bottles, but the other they’re giving away to a lucky Twitter user who follows Hidden Valley and retweets their tweet by May 19th. 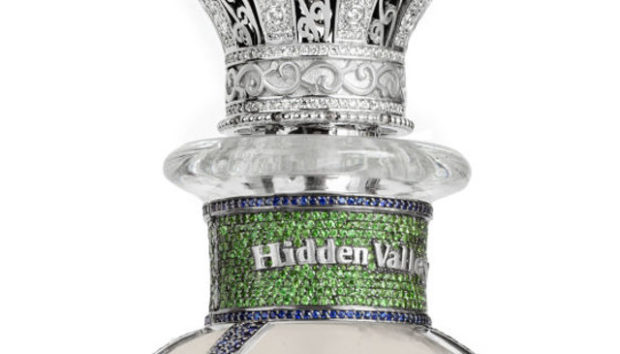 That Twitter user will slowly sip the contents from a snifter, because when a liquid is worth that much, you drink it, you don’t put it on salads. Then he or she will sell the bottle on eBay, then buy a car. At least that’s what I would do. Either that or keep it in the hopes that a Ranch Dressing genie would come out if I rub it enough. Three wishes are worth a lot more than one of these bottles.

[via Luxury Launches via Geekologie]