Funko to Make Cereals with Mini POP! Prizes Inside

You know what we need? Better and more fun breakfast cereals – with better toys in them. Do they even still put toys in cereals, or have the lawyers shut that down too? Well, if you want new cereals that you can eat and feel like a kid again, Funko has got your back. 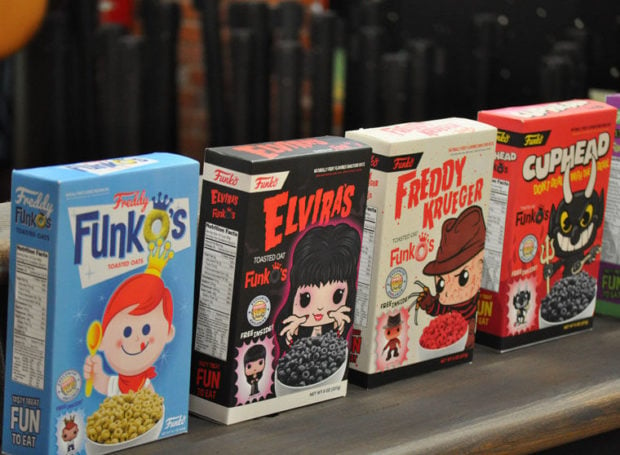 Not content to simply make POP! Vinyl figures of every property in existence, the company has now revealed that they will be making a new line of cereals. Funko Pop cereal will have in-box prizes: A mini-Pop figure inside of each box. The cereals will feature some of our favorite pop culture characters like Elvira, Cuphead, He-Man, Wonder Woman, Freddy Krueger and more.

The cereal will be sold through collectible stores and will go on sale in June 2018 for $7.99 a box. So there ya go. Funko is another step closer to taking over the world. Now they will rule the breakfast table. Who knows what they’ll do next. Maybe some TV dinners with geek toys included.