If Octopi had been on land during medieval times, this is what they would have looked like. That’s a scary thought. King Arthur would have been replaced by King Octo and the Knights of the Drowned Table. Plus, Octo would have needed eight Excaliburs, one for each tentacle. But enough about what could have been. Let’s talk about something that does exist, and that is this chainmaille octopus hood. 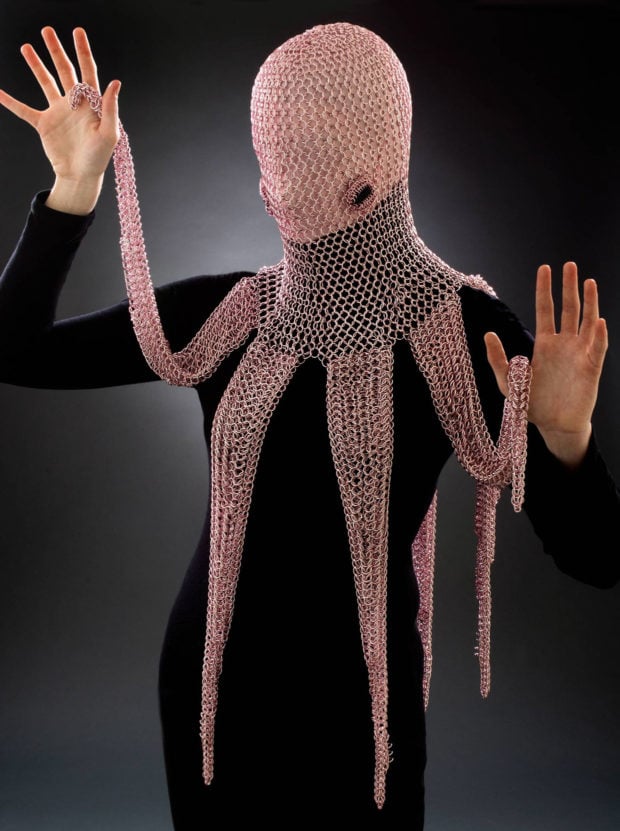 This amazing thing is the work of Chicago-based artist, jewelry, and fashion designer Vanessa Walilko. It’s an aluminum chainmail octopus hood for humans to wear on their head. It even has shiny metal tentacles to drape around your body.  Holy Cthulhu Batman! That is one creepy, but awesome piece of chainmaille. 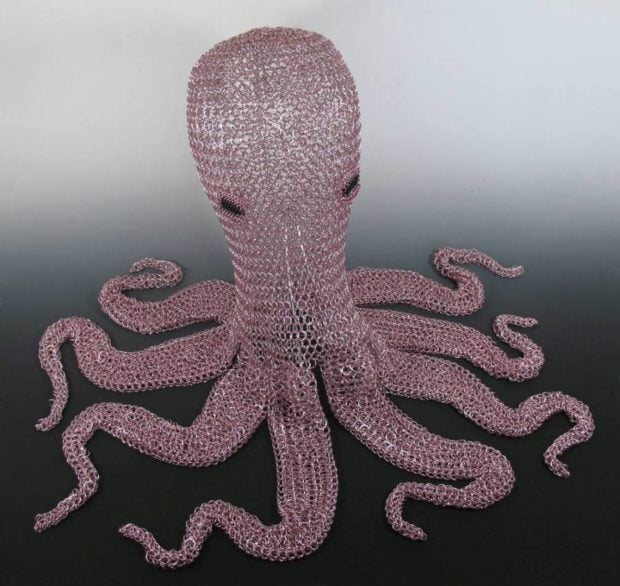 Sadly, you can’t buy it, but you can learn how to make it yourself because Walilko wrote a book that’ll teach you how to make your own chainmaille wearables. It is called Chain Mail + Color. Can someone make me one of these, please?