Daft Punk fans will want to check out this video of a very neat LEGO build by TECHNICally Possible. It displays the words to Daft Punk’s Harder, Better, Faster, Stronger while the song plays in sync. Pretty cool huh? 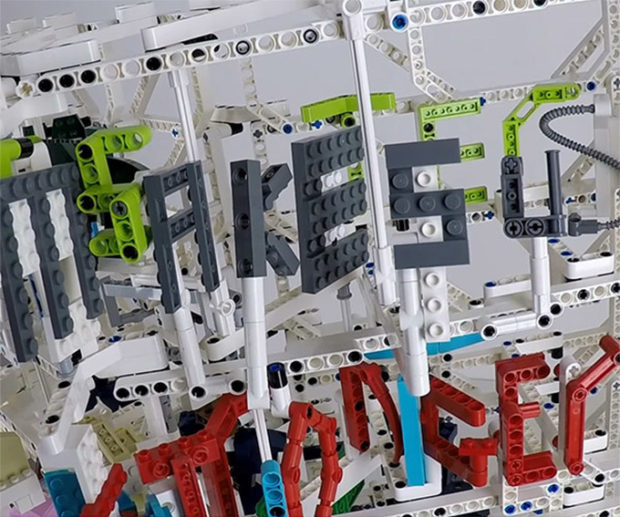 Not only does this LEGO sculpture display the lyrics to the song in a cool way, but as a bonus, the GoPro used to record the video is controlled by LEGO Mindstorms. That’s pretty wild. If you’re a LEGO fan and a Daft Punk fan, this just made your day.

I could watch this video all day long and I’ve already seen it like 5 times. Some people are complaining that the words don’t move, but they are missing the point. It’s all about perspective. When the camera moves around the sculpture, the words become apparent. I give this video a B+. It would have gotten an A if it wasn’t for the camera shaking as it pauses.

I hear that he’s making a version 2.0 that’s harder, better, faster, and stronger, which only makes sense, right?