Do you need more power? Of course, you do. A power bank is a good idea to keep your phone charged up while on the go. And as far as portable battery packs go, this officially-licensed Star Wars Han Solo in Carbonite power bank is one of the coolest. No pun intended. 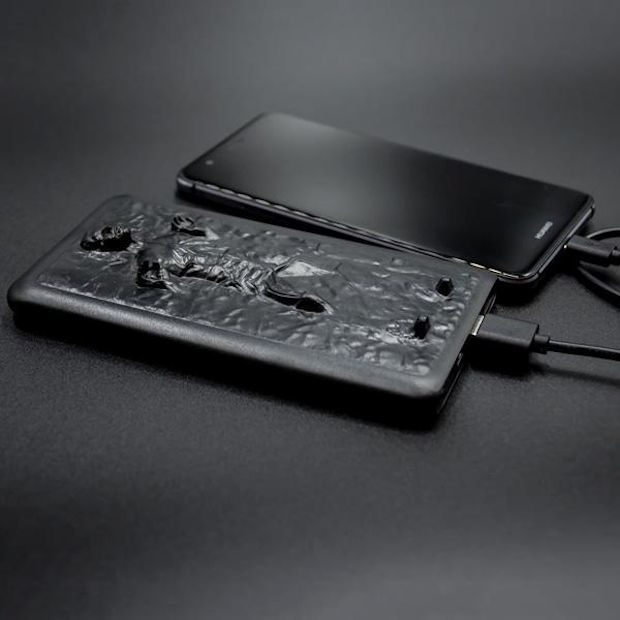 This 8000 mAh power bank is a mini replica of Han frozen in a block of carbonite. If only we could have frozen “Solo” before it hit theaters. Am I right? Never be without power again while always having a piece of the real Star Wars saga with you. 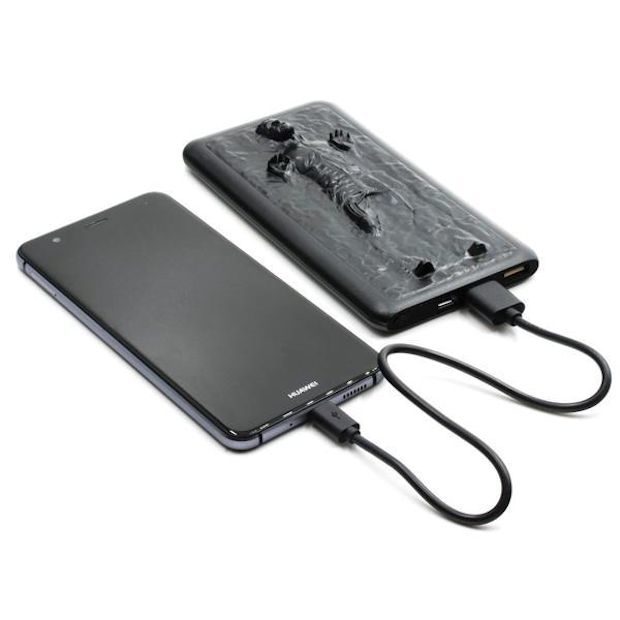 It’s got enough power to charge most smartphones up to 2.5 times, along with dual USB outputs and you can charge two devices (Android, iOS, or both) simultaneously. It recharges via micro USB which is included. This is a great gift for any Star Wars fan, and it’s available now from The Fowndry for $40 or from MenKind for £29.99. 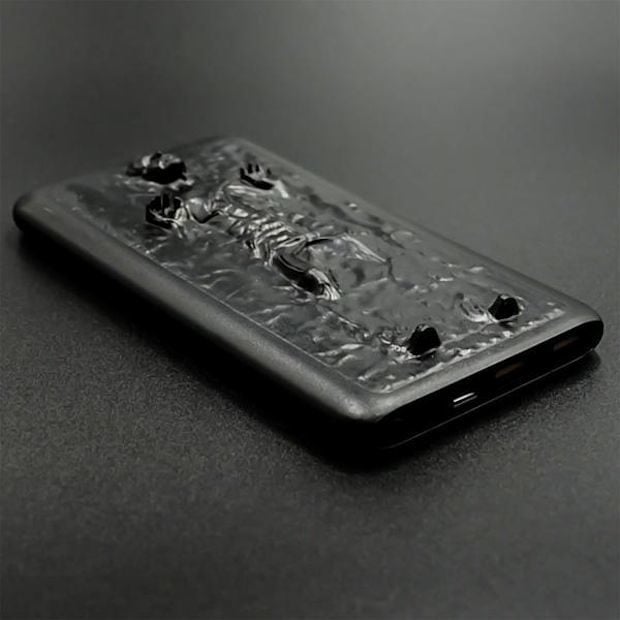 Poor Han. First, he gets hit with a carbonite freeze, and now he has to charge your smartphone. Jabba really should have thought of that, instead of simply hanging him on a wall. Jabba wasn’t the brightest slug in the garden. I mean, don’t have your prisoner tied to you with a chain if you are fat with tiny T-Rex arms. I’m surprised he didn’t get choked years before Leia did it.