Striker Trilight Review: 3000 Lumens of Work Light in Your Hand

A while back, I outfitted my garage with a pair of Striker TRiLIGHTs. Those bright LED lights are still going strong, and have proven an excellent way to illuminate the entire space. But what about those times when you need to work under the hood of a car, or need direct, up-close lighting? Now Striker has a solution for that. 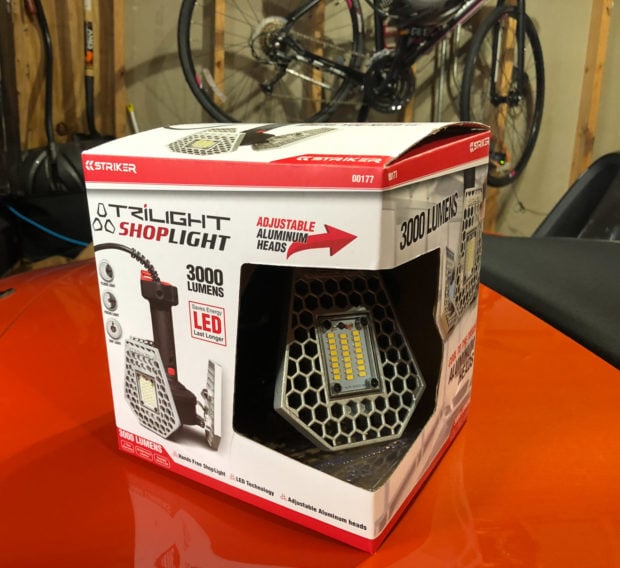 The TRiLIGHT ShopLight is a new variant of the original, designed for versatility and portability. It still features the same unique triple-fin heatsink design, but this version can be plugged into an outlet and brought directly to your work location. 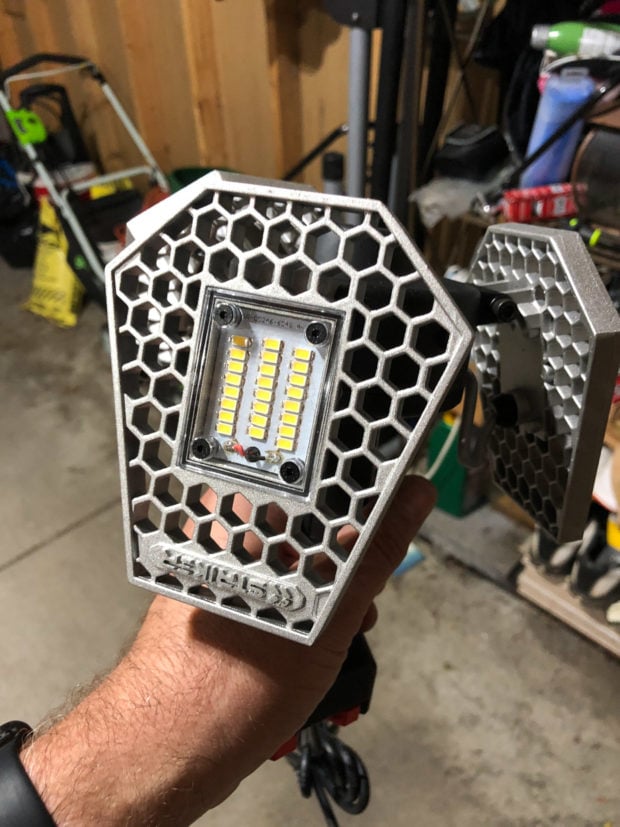 The light packs 3000 lumens of total brightness, offering up an intense, yet even field of light wherever you need it. It’s great for working in cramped spaces, such as underneath machinery or other places where its hard to get a wide flood of light. 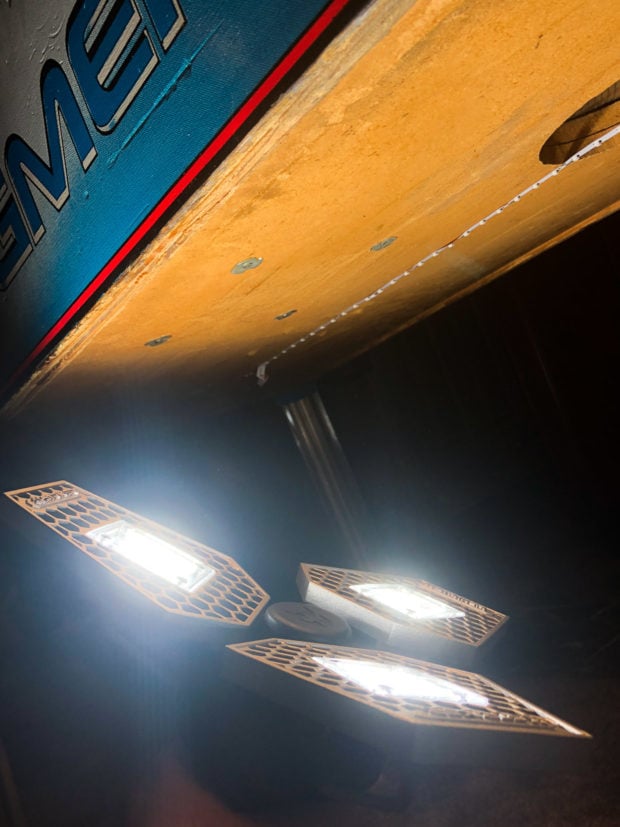 Each of its three fins is hinged, you can aim the light too. Since it is a flood light, I didn’t find angling them made much of a difference when working up close. Still, the ability to adjust the angle of the fins provides greater utility, allowing you to balance the light on just about any surface for hands-free use, or to fit it into unusual spots. 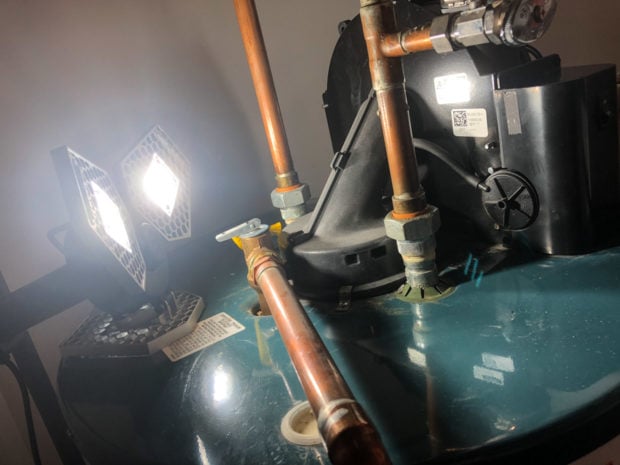 One of the big advantages of the TRiLIGHT ShopLight is its cool touch surface design, meaning you can carry it around without worrying about burning yourself on its fins or its handle. I wouldn’t stick my fingers right in front of the LED panels, but adjusting the aluminum fins was just fine while it was turned on. 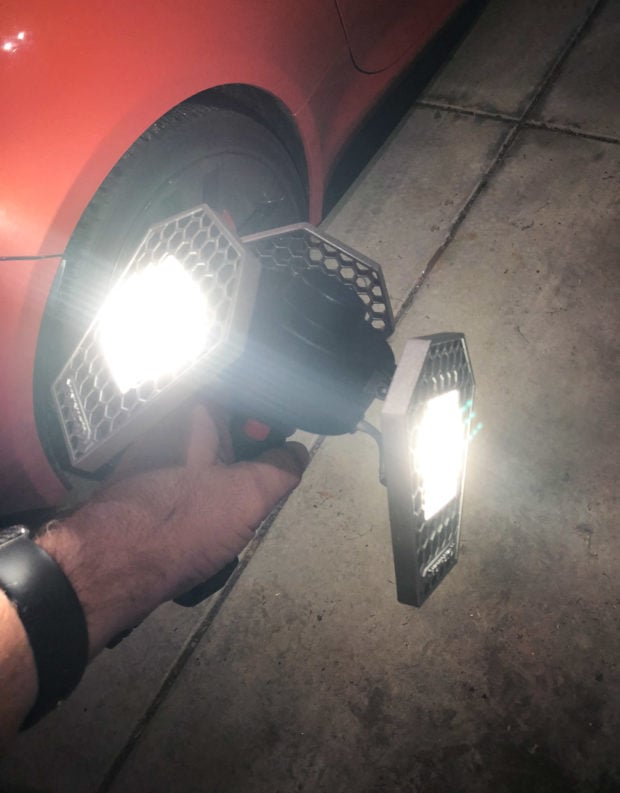 Did I mention this thing is extremely bright? I walked into my pitch black utility room and turned it on, and the room was fully illuminated as if I had turned on a ceiling light. No more fumbling around in the dark. 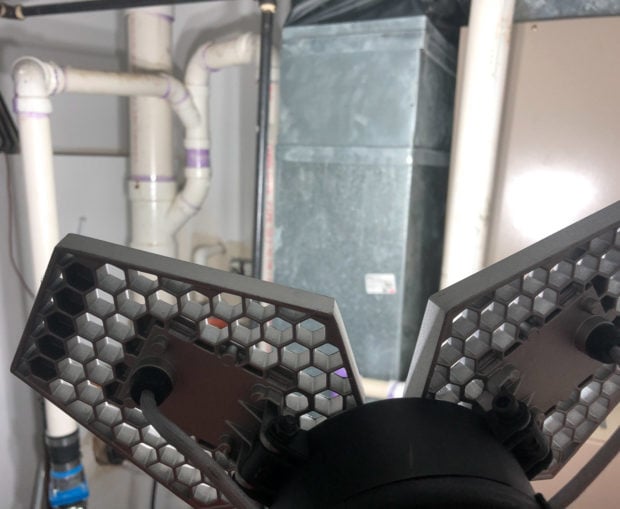 For added versatility, the TRiLIGHT ShopLight’s handle also has a plastic hook built into its end, which allows you to hang it on a hook or through a hole under your car hood, etc. Unfortunately, the plastic hook isn’t as sturdy as it could be. When I tried to hang it over the rung of a metal ladder, it cracked because the rung was just slightly too big for the hook. 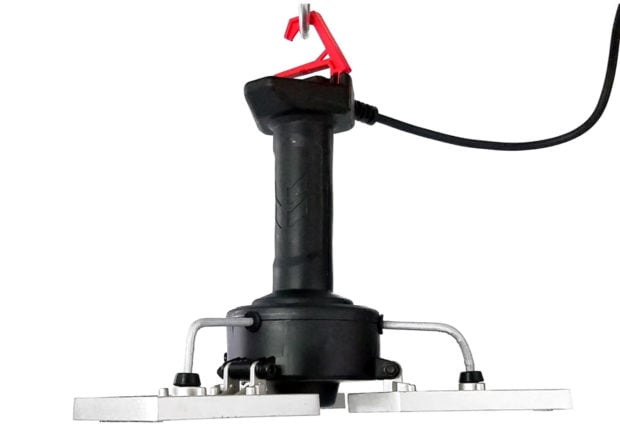 Granted, I forced it a little bit, but still, the plastic shouldn’t have snapped that easily. A metal hook, or something more pliable would be better. The remainder of the lamp’s plastic and aluminum construction seems quite sturdy, though I decided not to intentionally drop my ShopLight on the concrete floor. On the other hand, Striker says they’ve done lots of drop testing with success. 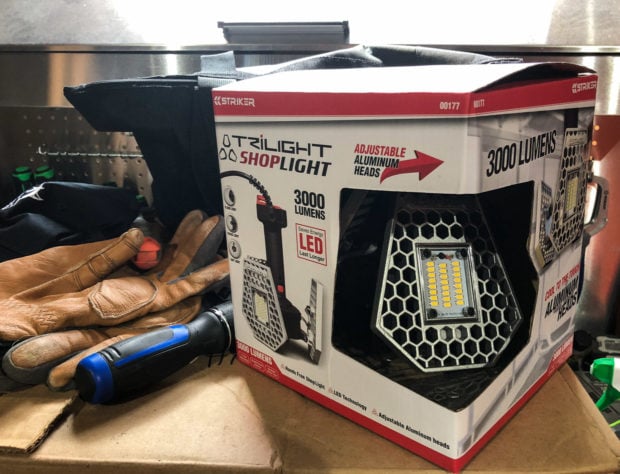 With the exception of its less than stellar hanging hook, the ShopLight is a great addition to any tool chest, offering up tremendous amounts of smooth, clean, and bright white light anywhere you have access to an outlet. The TRiLIGHT ShopLight is available now over at Striker for $129.99.