In June we talked about an awesome tourist attraction in Tokyo that let people explore the city driving a Mario Kart inspired go-kart and wearing Mario or Luigi costumes. It might have taken longer than expected, but Nintendo has tossed a banana peel at the firm behind the attraction. 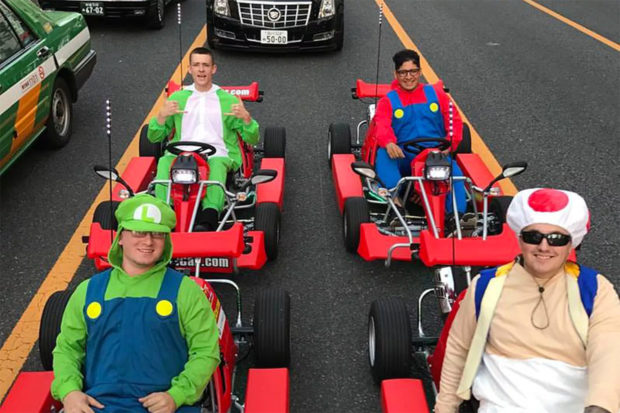 I’m surprised it has taken this long for Nintendo to step in and put their foot down. Nintendo is notoriously protective of its properties. Nintendo and the cart company have fought it out in court in Japan, and the kart firm lost.

It has been fined the equivalent of $89,000, and now the future of MariCar is uncertain. It’s possible they could continue on without the Nintendo costumes, but that might not be enough to keep them out of hot water. After all, the idea is still inspired by a Nintendo game.

It would be cool if Nintendo stepped in with their own version of the attraction, but the odds are not good of that happening.

[via Kotaku and Hypebeast]