Retro gaming handhelds and compact consoles are starting to gain some serious mainstream popularity these days. But some of the cheaper systems out there either only run pirated ROMs, or come only with bad homebrew copies of games. Not so in the case of the Retro-Bit Go Retro! Portable. 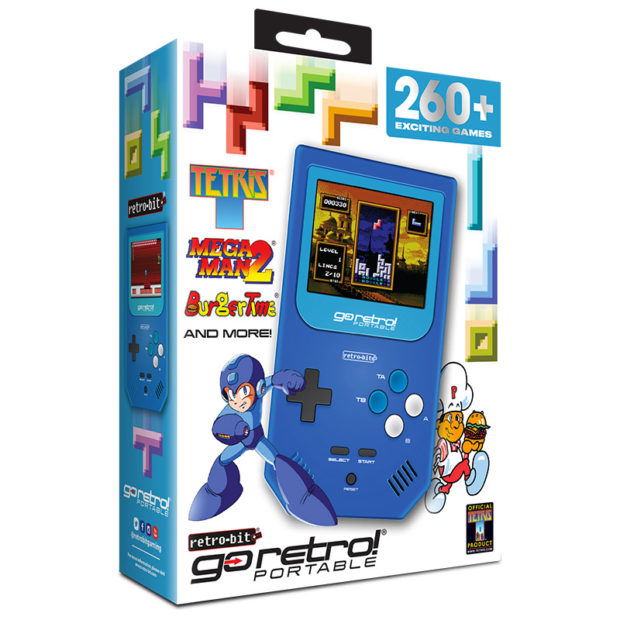 This handheld has a similar shape and form factor to the classic Nintendo Game Boy, but this one plays officially-licensed games from Capcom and Data East. It comes pre-loaded with over 260 games, including Tetris, Mega Man 2, Mega Man 3, BurgerTime, Strider, 1942, Bad Dudes and more. They’re not all premium games – beyond the 30 or so licensed ones, the rest are clones or obscure titles. 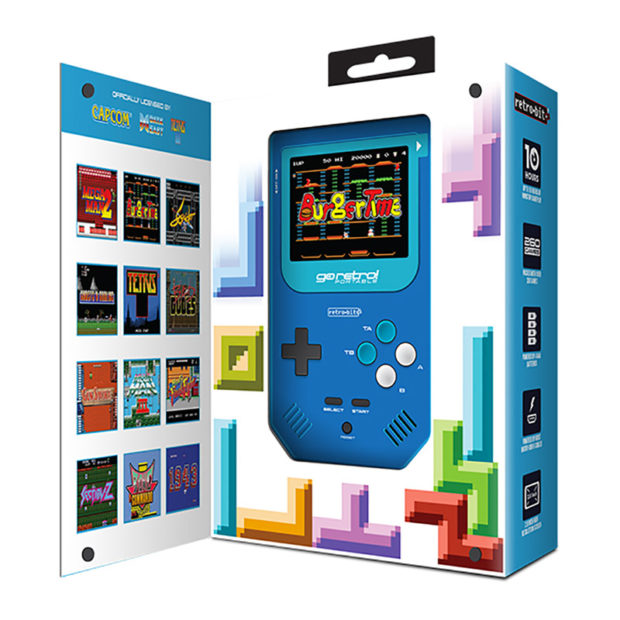 The handheld hast a 2.8″ full color screen, and plays for up to 10 hours on a set of four AAA batteries. You can also connect it to a micro-USB power cable if you want to play indefinitely. It’s got a built-in speaker, as well as a 3.5mm jack for connecting headphones. The official games look good, but they appear to be based on the 8-bit console versions, and not the arcade versions. You can check out some gameplay footage in the video review from Jesse Petrovich below:

The system is just $34.99, making it the perfect holiday gift for the retro game fan in your life. You can order one now from Best Buy or Gamestop, and it’s expected to start shipping on 10/14/18.

I’m hoping Retro-Bit comes out with more handheld systems packing games from other game developers down the road.