SpyFinder Pro Review: Cameras Can Run But they Can’t Hide

These days, video cameras are so small that they can be hidden inside just about anything, from a soda can, to a wall clocks, to the spine of a book. Seriously, there are tons of devices on the market which let you hide a camera where it’s unlikely to be detected. This poses some serious privacy concerns when you’re in places like hotel rooms, AirBnBs, dressing rooms, locker rooms, and even bathrooms. If you’re concerned that some freak might be watching you while you’re in your undies – or worse – then you might want to check out the SpyFinder Pro.

This pocket-sized gadget is designed to make spotting spy cameras easy. The trick is that it’s next to impossible to create a camera without a reflective lens. The SpyFinder Pro takes advantage of this by projecting bright LEDs into a room, then providing optics for you to pick out those reflections. 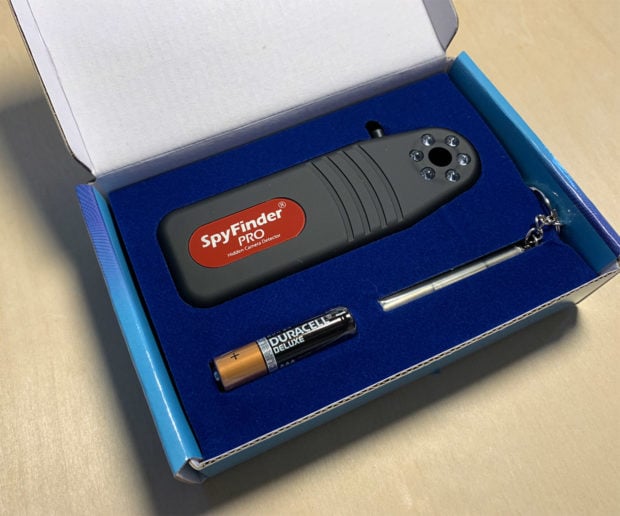 Spy camera detectors are nothing new, but many of them rely on RF signal detection, and lots of cameras these days simply don’t broadcast and rely on local storage. Plus, using the reflections instead of radio signals means this can detect cameras whether they’re turned on or not. There are also cheaper LED-based devices on the market, but the SpyFinder Pro is supposed to be brighter, and therefore capable of detecting more cameras, and from a greater distance (up to 45 feet away). Since I didn’t have one of those cheap devices on hand to compare with, all I can do is speak to how well this one works.

The SpyFinder Pro is quite compact – measuring in at about 4.5″ x 1.5″ x 0.5″, and weighing under 50 grams, including the two AAA batteries that power it. Priced at $198 during its Kickstarter funding run, I was hoping that it might be made from something more substantial than plastic, but as long as you take care of it, I don’t think there’s much risk of wear or damage. 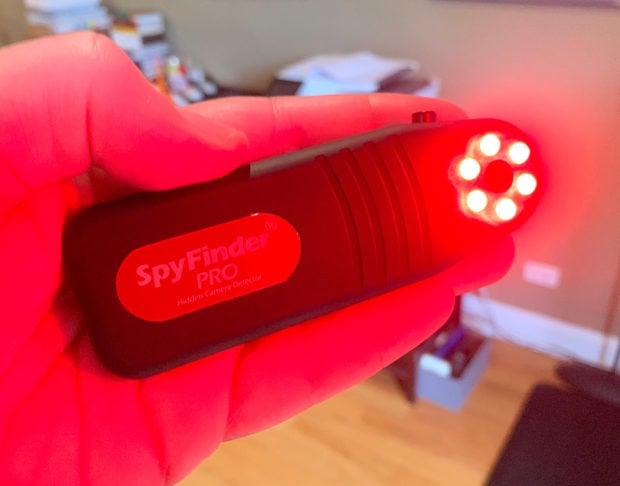 Using the SpyFinder Pro is pretty simple. Just press the button on top, and it starts blinking a ring of six bright red LEDs on the face of the gadget. Then look through the viewfinder and gradually pan and tilt around the room to look for lens-like reflections. When you see a blinking reflection back through the lens, there’s a possibility that it’s a camera lens. The LEDs can be adjusted to three different levels of intensity, with the brighter settings best for bigger rooms. As an added bonus, it makes you look like the Terminator in selfies. One minor usability flaw is that if you look through the lens while wearing glasses, you need to make sure to hold it far enough away that you don’t accidentally press the brightness button with your eyeglass frame, which I did a couple of times. 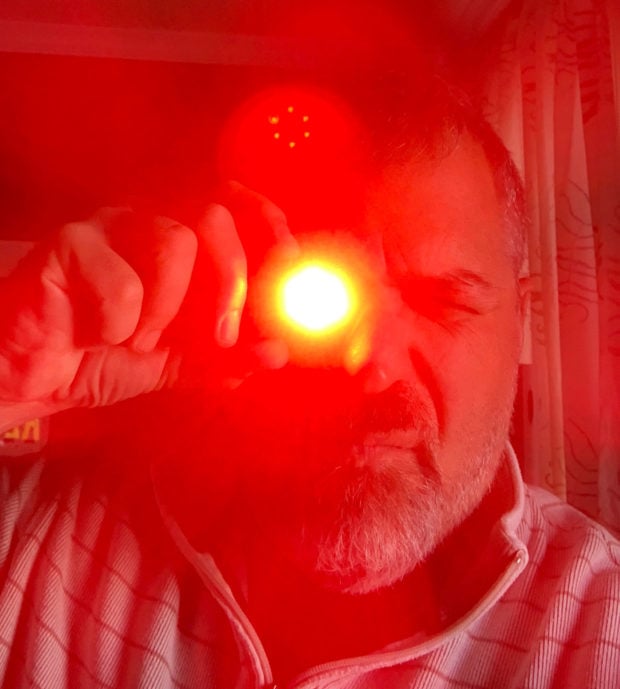 I was able to quickly pick out a camera lens hiding behind a mirror, the lens behind the smoked glass of a smartphone and an iMac’s webcam, a GoPro I hid inside of a tissue box, and the tiny spy camera lighter that I had sitting around from my days as a wannabe secret agent man. It’s a little hard to make out in the photo below, but that little white dot in the mirrored area is a spy camera hiding behind a mirror, and totally invisible to the naked eye. 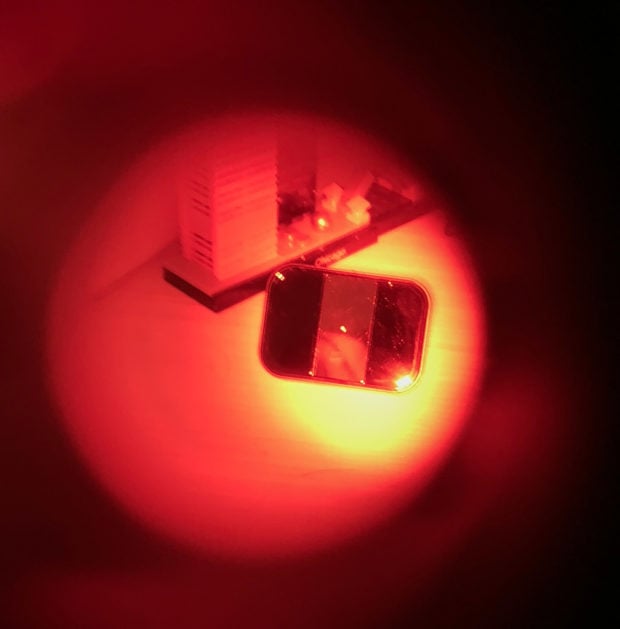 It’s best to sweep the entire room in a methodical way, from left to right or right to left, in layers from top to bottom or bottom to top. That way, you won’t miss anything. Overall, the SpyFinder Pro did a great job identifying camera lenses I hid around my space. However, it also picked up a few false alarms – other curved and shiny surfaces can also reflect back, but those are typically things like doorknobs or glassware, objects unlikely to conceal a camera. Still, it’s better than it catches too many items than too few. 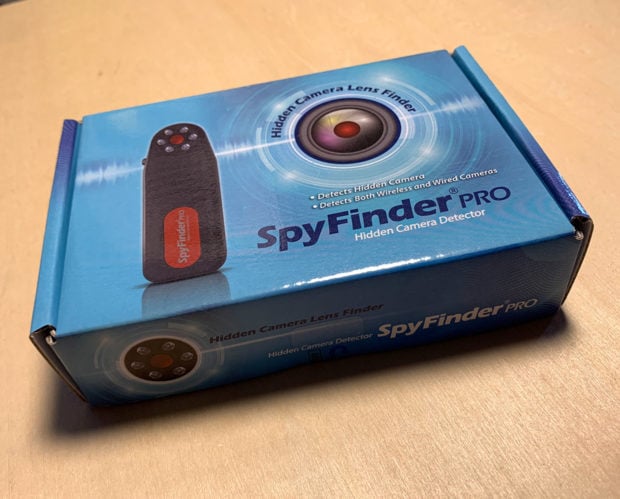 The SpyFinder Pro delivers on its promises of picking out a wide variety of hidden camera lenses with relative ease. However, at $198 it’s a bit expensive for a single-purpose gadget. That said, if you do travel a lot, find yourself in strange places on a regular basis, or have other reasons to be worried about your privacy, it’s a worthwhile investment.